Unsure of our next destination, we left Clarence River Wilderness Lodge heading south, before turning right onto the Bruxner Highway and then climbing further into the Great Dividing Range towards Tenterfield. We had a quick stop to visit the chemist as Lucas had a tiny bit of conjunctivitis, so some drops were needed to get on top of that. While there, we grabbed a bite to eat for lunch. Ella and I agreed that the pies from the bakery were probably the best of the trip. I had a pepper steak, and it was fantastic – I regretted not going back for a second!

With some cool weather around, we continued to head south on the New England Highway for a while. As much as we can, we’d been staying off the main highways, but it was time to get some bulk kilometres under the tyres before I faced a mutiny from the peanut gallery who didn’t appreciate the winding dirt roads perhaps as much as I did. 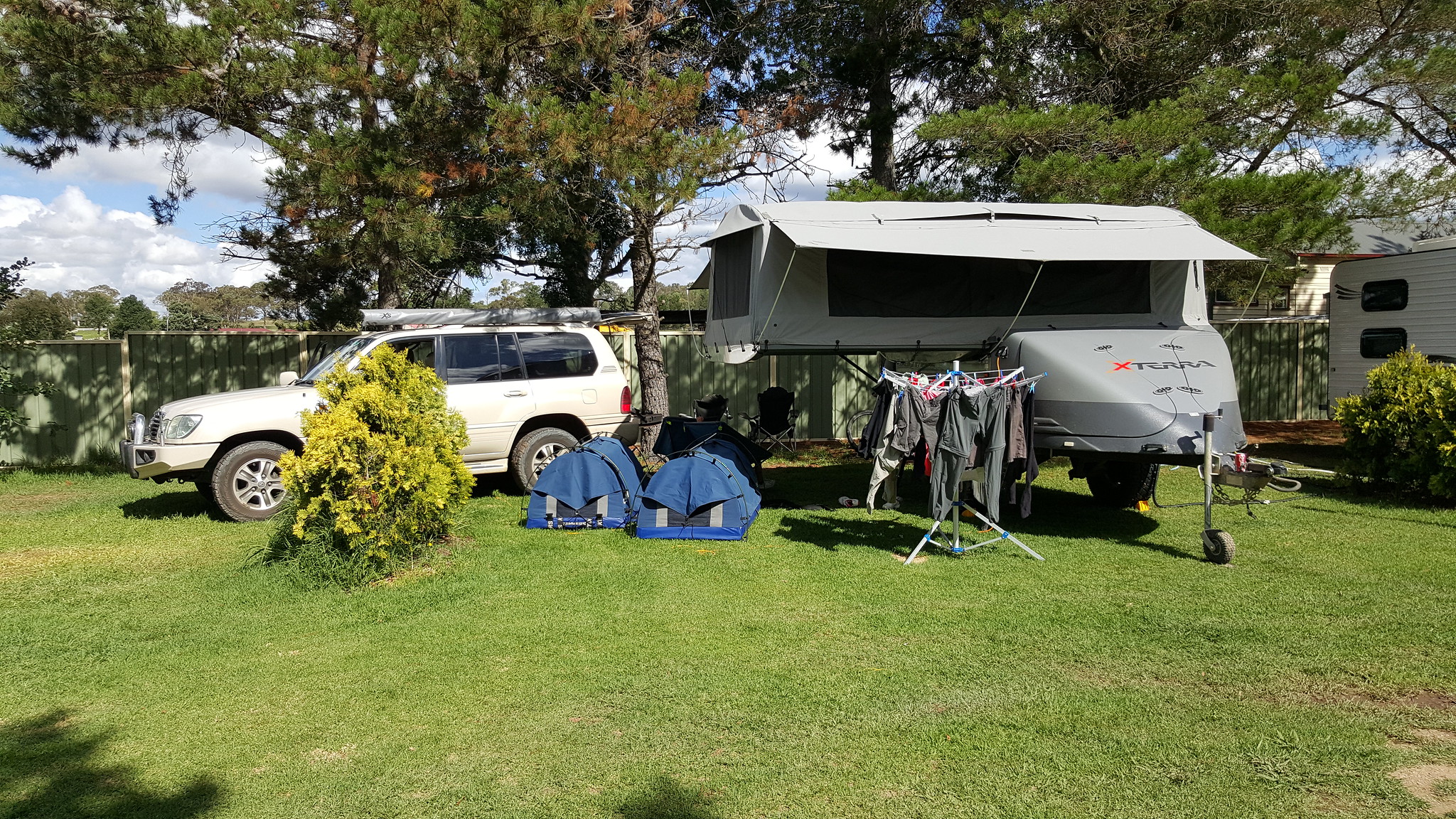 Great chance to get some washing done as well

A few phone calls later, and we decided to head into Armidale for a couple of days. We checked out the showground, before deciding to settle at the Armidale Tourist Park. With the altitude, as well as a cool breeze, the temperature was much cooler than we’d become accustomed to, and the jumpers were dug out from the bottom of our clothes piles. It was fitting, however, that we had a nice warm chicken curry for dinner! 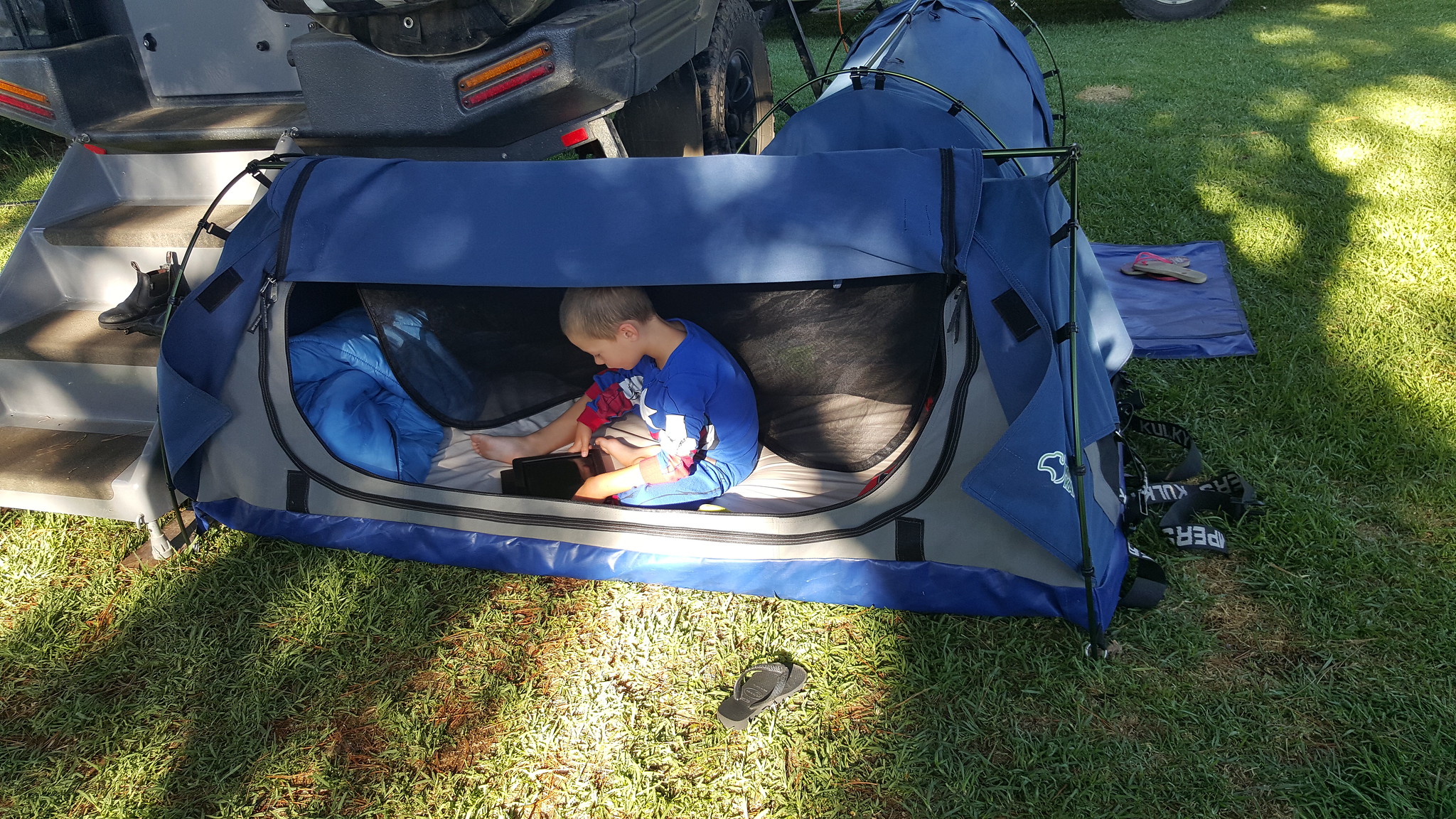 We’ve been stoked, and slightly surprised, how much the kids have loved their swags.

The following day we went into town and had a look around Armidale. It was sad to see some parts of town that just seemed empty with a few businesses that had just shut the doors and walked away. In the afternoon we hooked up the bike rack to the car and headed up to the Pines to check out some of the singletrack that Armidale is becoming well known for. We all did a short 3km loop together a couple of times, and it was great fun. The short lap that we did started with a reasonable climb that saw us pushing a couple of times, but of course that means we’d already earned our downhill! I was super impressed with the kids (and Rach of course) as we went down some slightly technical rocky downhill sections. They handled it super well, listening to my advice and keeping good control of their bikes. Ella in particular, did a really great job.

That night we decided to eat out, and ended up at a pub in town. There’s something to be said for country pub hospitality as they went out of their way to make sure we had an enjoyable meal. It was a fairly early night, and we were in bed early to stay warm, but also as we’d be on the move again in the morning. 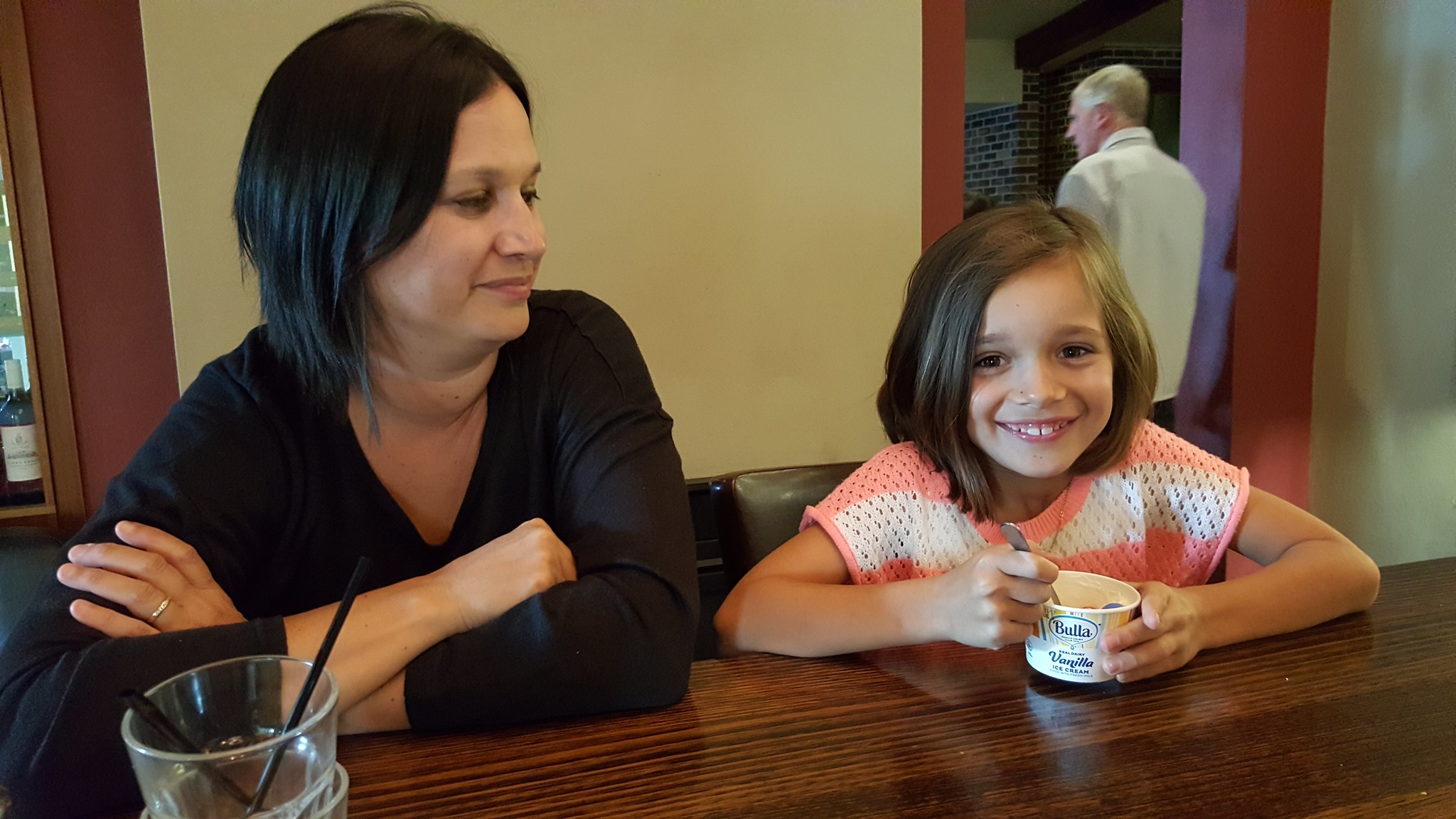