As you’ve already seen in Ella’s post, she and I headed away to Burralow Creek with Trent and Ryan for a weekend. Originally we were thinking of heading to the Colo River, but were a little unsure whether we’d find a spot, so decided to head back to Burralow again – knowing that there would be plenty of space. 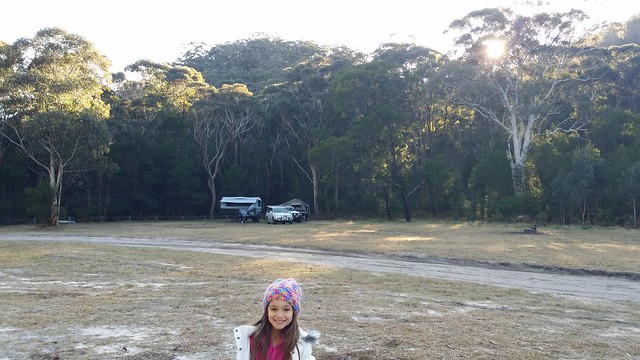 Plenty of space on Saturday morning

After fighting with the lemmings heading home from work on the M2 and M7, we climbed the hill at Kurrajong before dropping down into the valley behind in darkness. Before long we found our favourite spot up in the corner and were set up. I have to say that setting up the Ultimate in the dark, on my own was extremely easy. Ella and I were going to share the big bed, so the sleeping bags were rolled out before cooking up some dinner. (When I say cooking, I use the term loosely. 2 minute noodles for Ella and a stir through pasta for me.)

It was quite late by now so Ella lay down in her sleeping bag while I went to be sociable. Turns out Trent was exhausted too and went to bed so it wasn’t much later before I was in bed too. 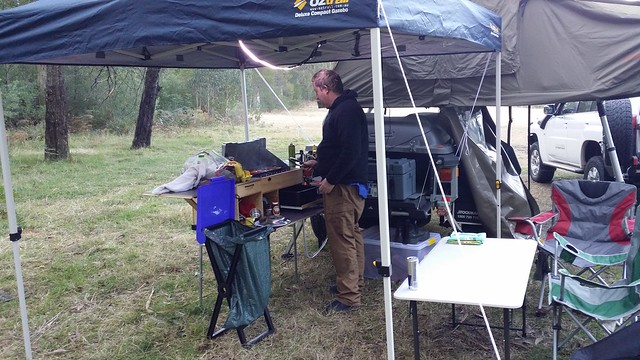 We enjoyed a night of absolute serenity, being the only ones in the whole site. Saturday morning was cool, and our choice of camp site wasn’t a good one, as it meant we were actually in the shade all day. Next time we visit Burralow in winter we’ll remember this. The idea of the weekend was just to spend time with the kids and to fiddle around with the campers – Trent brought his Pod Trailer with a rooftop tent, and I am still finding things to learn about or improve on the Ultimate. 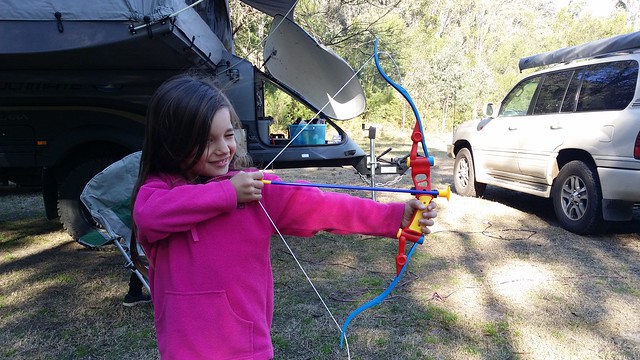 I picked up an archery set from BCF for the weekend – turned out to be a hit!

About lunch on Saturday Ella started to feel a little unwell which was a shame. Some panadol brought her back to life but she would yo-yo a little for the rest of the weekend. We both had a good weekend, however I’m sure Ella would have had a much better time had she been at full health. 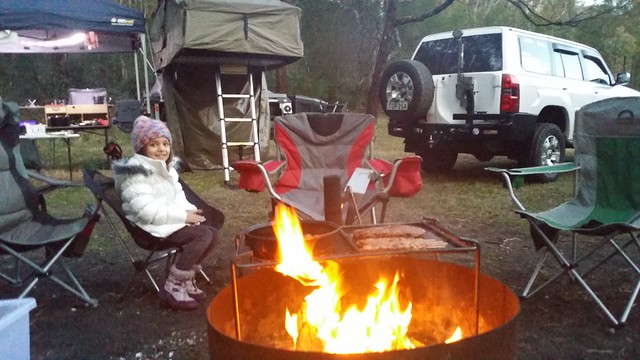 Keeping warm by the fire. Feeling ok at the moment – you can tell by the smile!

Speaking of lunch, a pie from Trent’s 12 volt camp oven for lunch on Saturday, followed by a jam donut was absolutely awesome. I think we’ll be keeping our eyes out for one in the not too distant future. 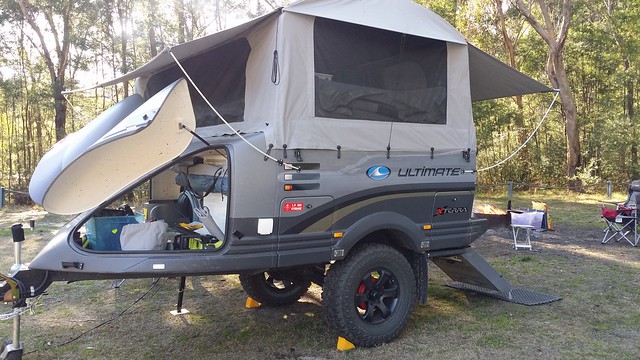 Saturday was a nice day when it warmed up. Loving the Ultimate!

We got the fire going fairly early on Saturday and had it going all day, before cooking up a feast on Saturday night. Turns out that we probably should have saved some wood for Sunday morning, as we woke to a very heavy frost. It took a lot of encouragement to get Ella out of the toasty warm sleeping bag! Unfortunately we hadn’t had quite as peaceful a night as the campsite filled during the day on Saturday. There was one group of  blokes who had a night away from their families – who apologised in advance for making a bit of noise… however we didn’t hear them too much over the bogans who also moved in later on Saturday afternoon. Must be something about this place! 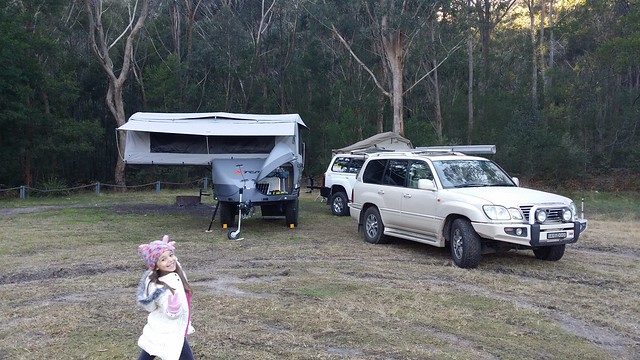 Sunday morning we took our time as the canvas dried out, before having lunch and packing up after lunch. Again doing the whole pack up on the Ultimate, on my own after lunch was such an easy procedure. All too soon we were at the top of the hill again, and on the way home into Sydney.

Thanks again to Trent and Ryan for joining us – we can’t wait to do it again soon! 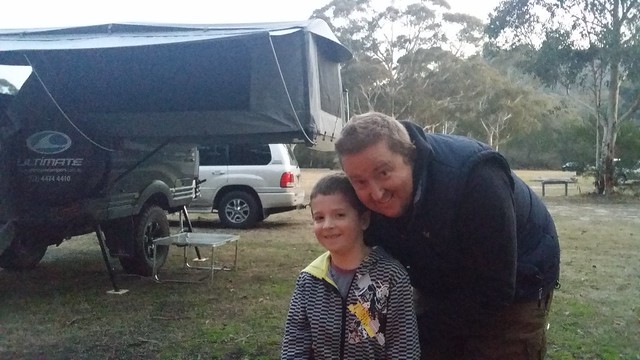