DaveApril 1, 2018April 1, 2018 Trips No Comments
2-9 January, 2018
This post might also have been titled “Woolgoolga Surfing Safari” as this is what captured most of our focus. Part of Lucas’s birthday present, along with a surfboard, was some surfing lessons. We booked him in through the little grommets program, and after speaking to Darren, who coordinates the lessons in this area, chose to do the lessons at Woolgoolga. So, every morning bright and early we were off to the beach, ready to be in the water at 9am. 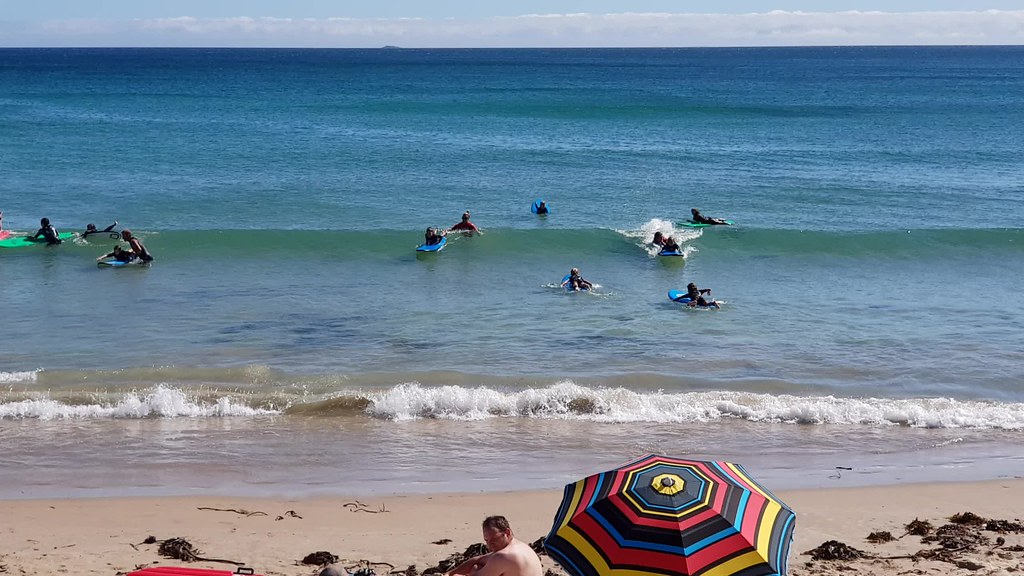 To say that Lucas loved it would be a massive understatement. After every lesson he was still willing and keen (had we let him) to keep going. It was also a good opportunity for me to fly my drone a little more, especially over water for the first time. Launching from a quiet spot at the southern end of the beach I was able to get some good shots over the water and looking up the beach. Great fun! 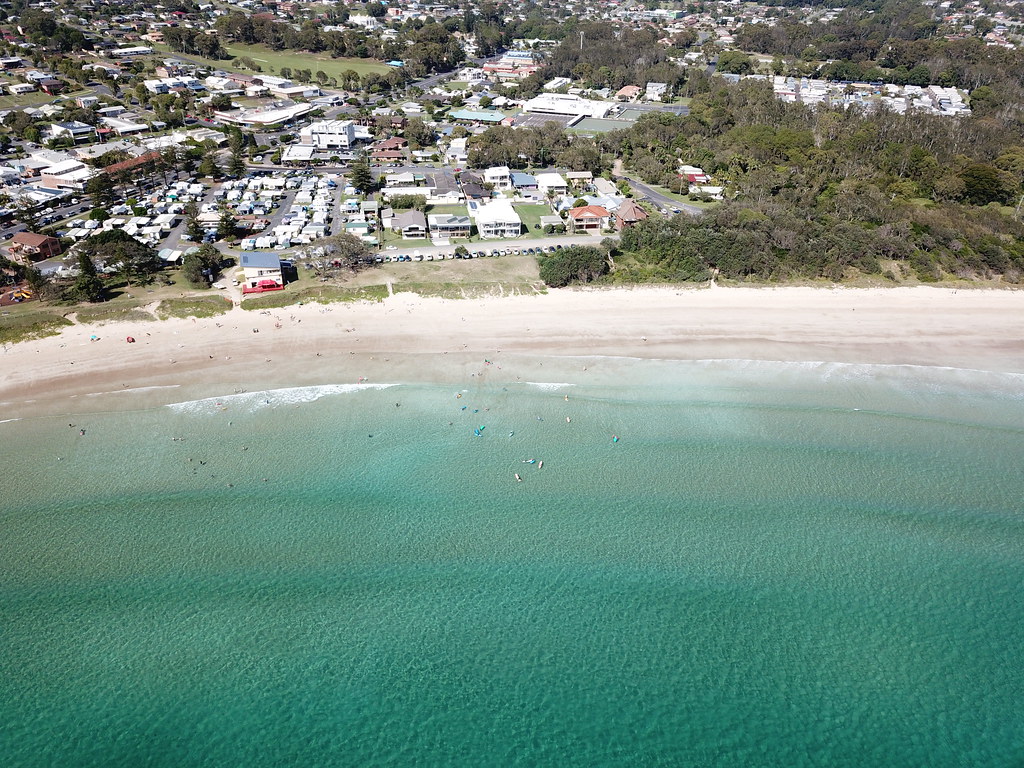 Lucas is surfing down there somewhere! 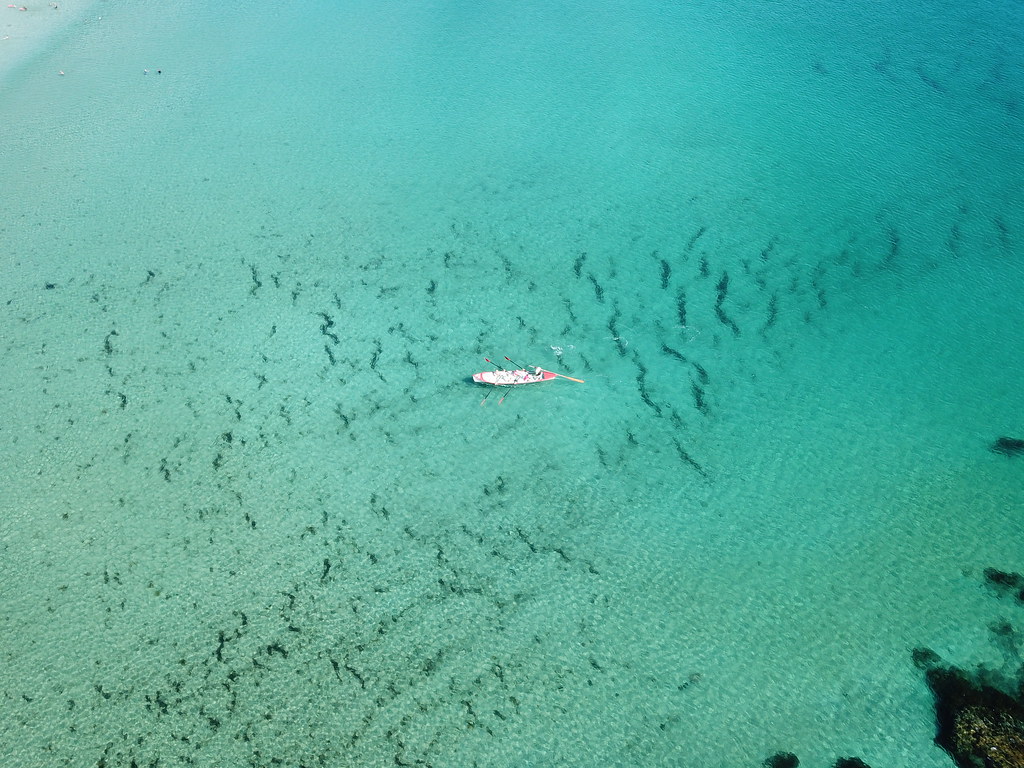 When we first arrived at Tallowood to set up, there had just been a pretty big storm through, which meant that the whole place was soaked. Lucas and I hung about to get things set up while Rach and Ella went back down to Coles to get some food. This was pretty much the last cloud we saw for the whole week, as Wednesday dawned perfectly clear, and we put that on repeat for the whole week. Every day was about 30 degrees, with the evenings about 16… pretty much perfect if you ask me! 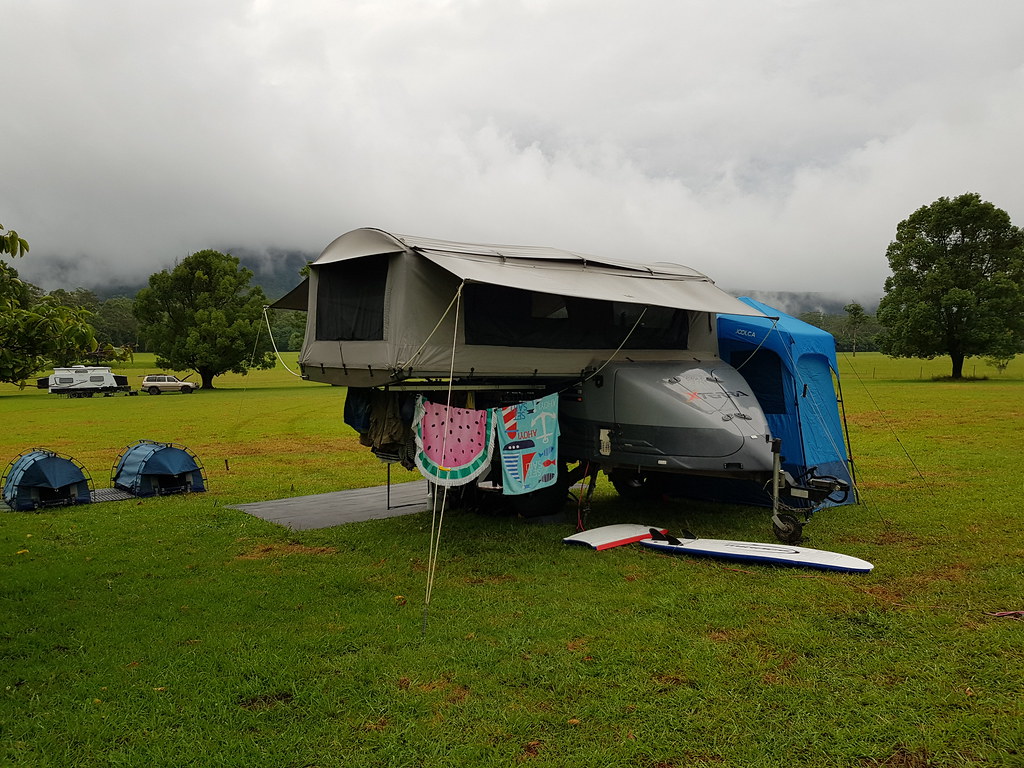 Coffs is a great place to explore, and we enjoyed looking around most days after surfing. We went up to Bellingen one day, and on another had a repeat visit to the Ice Skating rink at the Big Banana, after our visit last year was such a raging success. I also picked myself up a Ukulele from the guitar shop while we were here and have really enjoyed having a bit of a play, and learning some chords, most evenings after dinner. 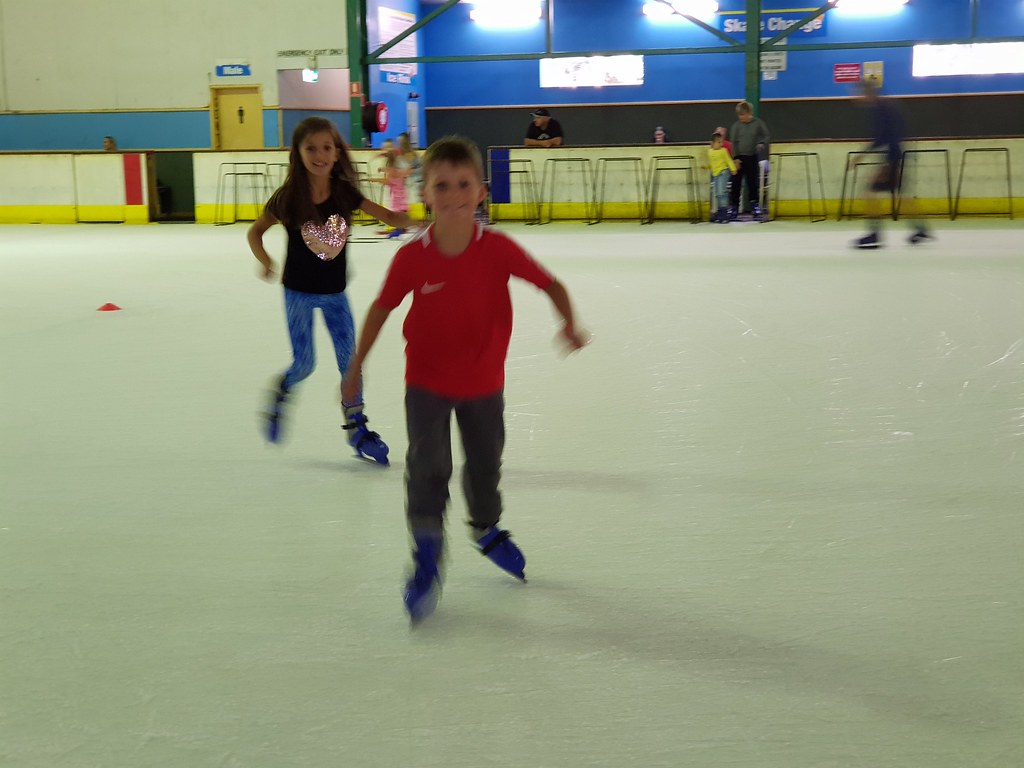 One of the poles on Ella’s swag broke AGAIN. I think this time she might have sneezed at it, and it broke. We’ve loved these swags – the Kulkyne Single Swag, as they are a perfect size for the kids, however the quality of the poles is just rubbish. They just need to bend too far, which puts too much pressure on the joins in the pole. We’ve probably gone through about 8 poles so far over the 2 swags, and have pretty much had enough. We’ve even tried 3rd party replacement poles, but to no avail. I hate to be wasteful, but we are thinking about whether it is time to look around for a better swag replacement, that has been designed well in the first place. 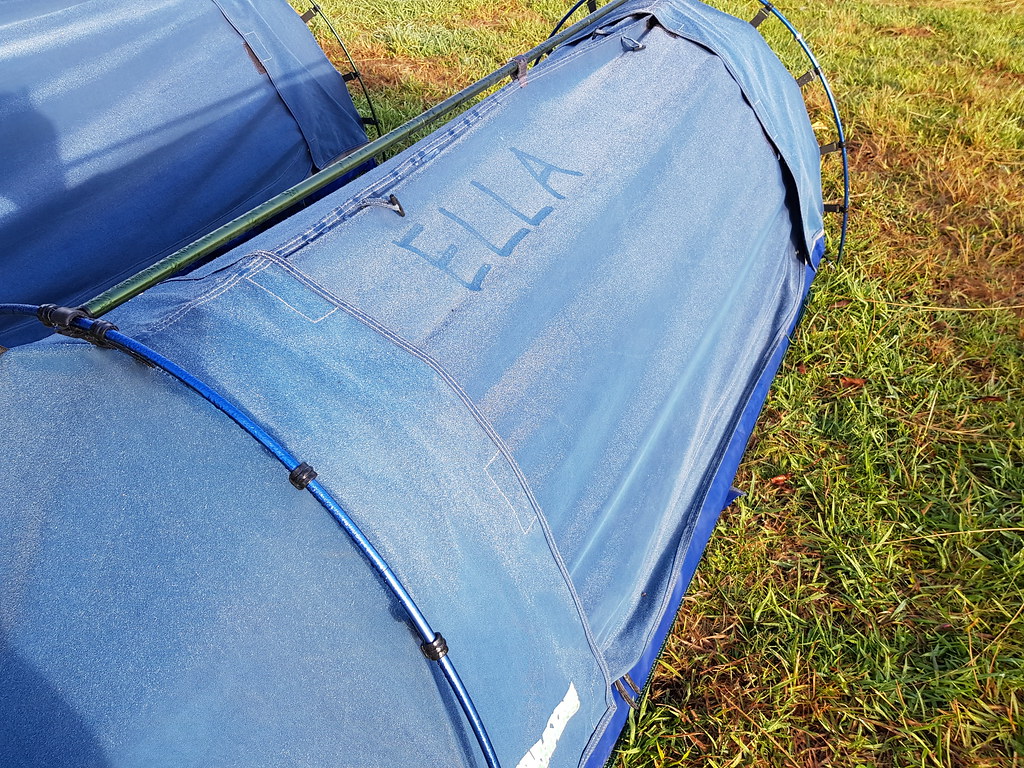 Still standing on its own at this point…

The Seely lookout is on the hill behind Coffs, and gives a great panorama of the whole region. There’s even a cantilevered lookout over the forest below to afford a better view AND a coffee cart doing a roaring business. I’d planned to fly my drone from here as well (or actually a spot a little way back down the hill), however realised that while I’ve been diligent keeping the drone batteries themselves charged, the remote control itself was nearly flat. A very quick fly and a couple of shots were all that we had time for.

We finished our 7 nights here, on our Wedding Anniversary, with dinner at the Coramba Hotel. It doesn’t look that much from the outside but has a beautiful beer garden out the back, and the food was brilliant. I’d highly recommend a visit if you’re in the area. 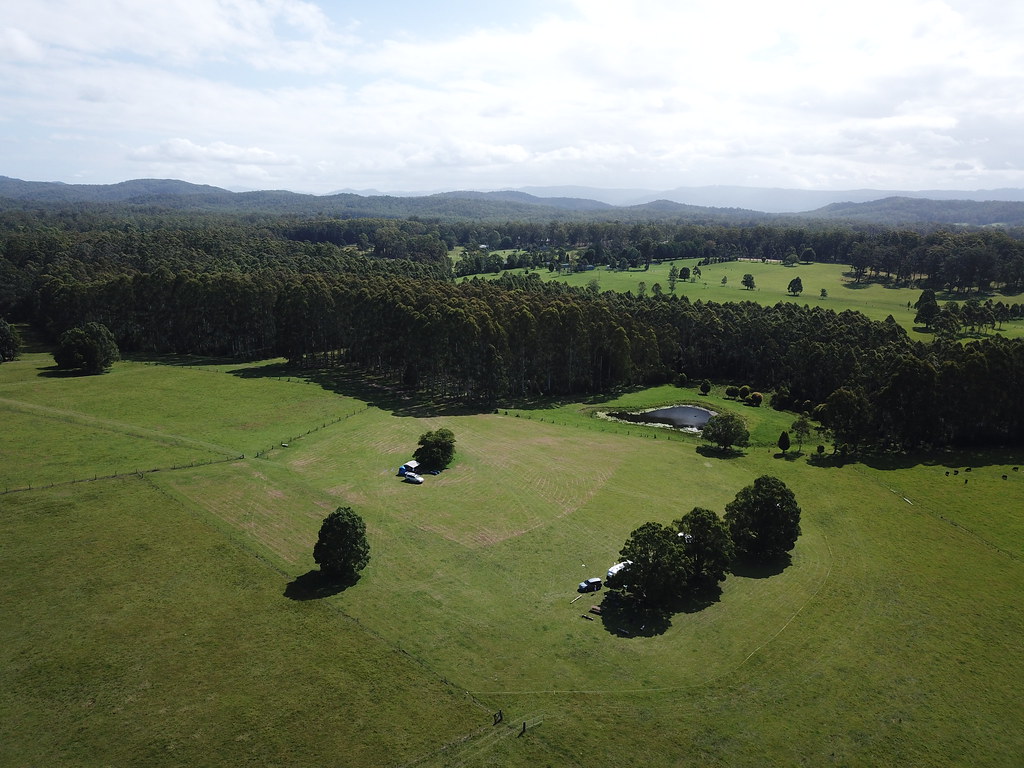 That’s us in the middle… it was pretty crowded…