When one aunt mentioned they would be at Crescent Head during the school holidays, we started to think about heading there for the first trip in our new Ultimate Camper Trailer. We mentioned it to my parents, and before we knew it we had another aunt and uncle there as well. All excited no doubt, for the unveiling of the new camper. We would stay at the Crescent Head Holiday Park which is right on the water. 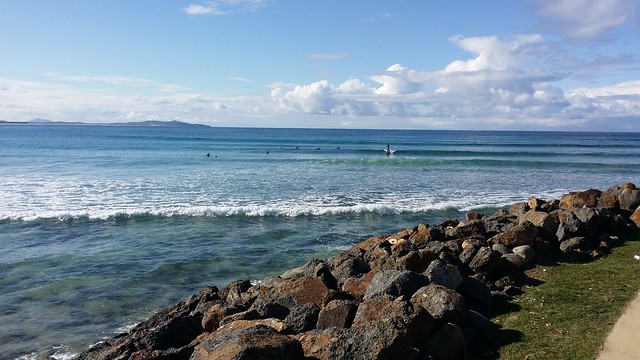 It doesn’t get much better than this in the middle of winter!

Unsurprisingly, we had quite the audience when we arrived and set up our biggest possible combination – kids room underneath, and large awning out the back. Everything went well, and before we knew it, we were sitting down in the warm winter afternoon sun with a cold ale. 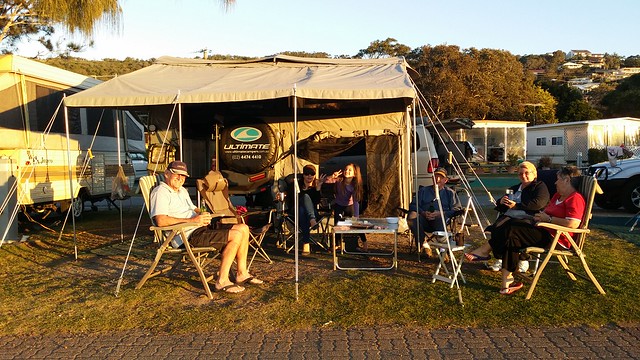 Relaxing in the late winter afternoon sun after setting up. 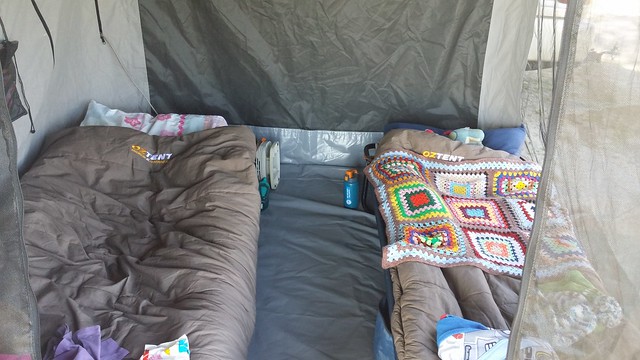 The kids room all set up. Sadly, it didn’t stay this neat for long…

We were here for 5 nights, and had very little planned. The kids were straight on their bikes, and barely got off until we packed to come home. Tuesday was spent chilling around the camp site. We took a walk up to the headland and saw some whales migrating north for the winter. (Or perhaps they were trying to escape THIS nutty science teacher…) 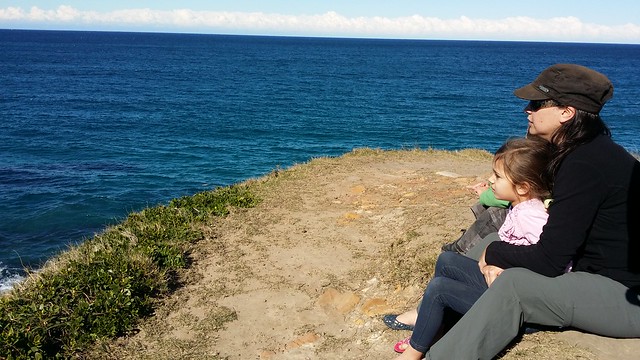 Wednesday was a little cool and overcast, so we had a trip into Kempsey and picked up a couple of little bits and pieces. We were half planning to visit Bunnings, however there was very little we actually needed. I do want to organise the nose cone storage area a little better, but that is a bigger project that I’ll need to do at home – maybe over the next 4 or 5 months before the end of the year. 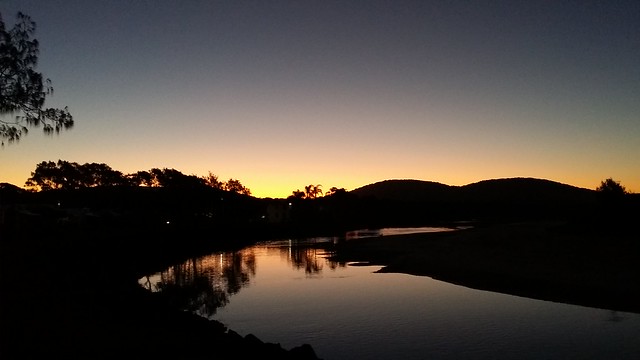 This was hard to take… 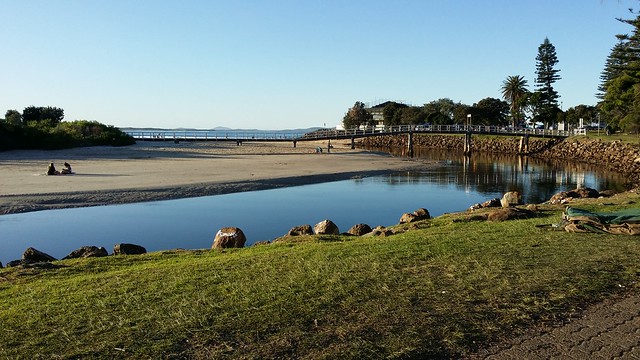 View from the camp site

Thursday was another lazy day as the kids spent all morning playing on the beach with my aunt and then the afternoon on their bikes or playing with new friends made at the camp site. Friday we decided to go for an explore down to Point Plomer. We took a packed lunch and enjoyed that at a little picnic area, before deciding to head down towards the Port Macquarie North Shore. After the first few km got pretty rough and a bit muddy, Dad decided to turn around and head back to Crescent. We continued and it was more of the same. Getting a bit bored of that, we found a track down to the beach and decided that would be an easier trip. 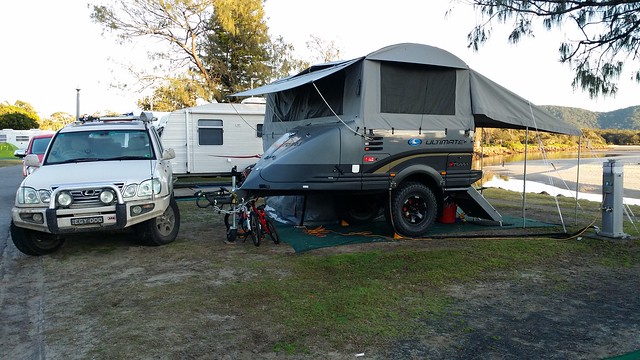 Set up just before we packed away

I dropped our pressures to what the deflators were set to and headed down onto the beach. The sand was pretty soft and we made it tough going as we headed south. I dropped into low range which helped, but I should have let some more air out of the tyres, they were all still well over 20psi, which was too high for soft sand. Anyway, only about 5 minutes later we found the exit back up to the road. (Rach’s version of that whole story might be slightly different to mine…) Tyres back up to road pressures, we found another road back to Crescent, which would cut about 30 minutes off the journey, even though it was on dirt. 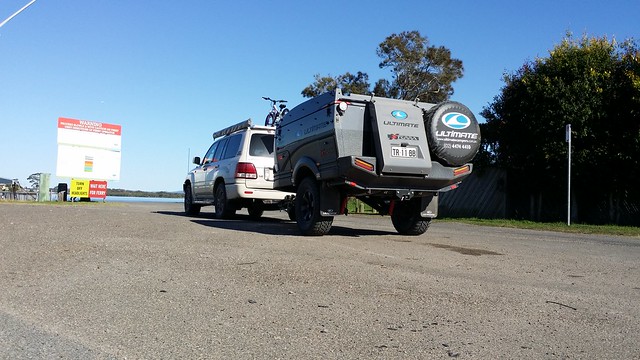 Waiting for the ferry at Port Macquarie

Before we knew it, our time here had come to an end, and it was time to pack up and head home. We took our time packing everything away for the first time, and of course, had an audience again. The process went pretty smoothly and we were on the road by 9:30am. We had a great time here, the atmosphere was really nice and relaxed for a school holiday period. We’d be quite happy to come back here again in the future during winter.