As tends to be the case in December, once school finishes, we are all very keen to get away. This year was no exception. We spent the first week of the holidays getting some jobs done at home, and getting the house ready for the AirBnB tenants coming in through the holidays, and making plans to get away as soon as we could. Not sure where to head first, we asked the kids what sort of place they would like to visit first. Their request (knowing the rest of our itinerary) was to be in a Caravan Park, with a pool and potentially other kids to play with. Happy to oblige, we did some research and decided to try the Fingal Bay Holiday Park. We’d heard good things from some friends who had visited in the past, and so made the call and booked in for 5 nights.

It didn’t take too long to get there, and once we’d found a site to our liking (the first site they put us on was a dust bowl) we set about getting our home for the week organised. Part way through setup, our neighbours returned… who just happened to be a friend of mine who I ride with – Steve, and his family! What a blessing!

The next couple of days were quite hot, and we made the most of the great weather with many trips to the swimming pool, as well as a ride on the cycle path into Shoal Bay, and some time in the bay for Lucas on the surfboard. He is booked into a surf school later in the holidays, and so it was good for him to get some time on the board again. The waves were just large enough to catch, and he had a great time riding them – some all the way into the beach. 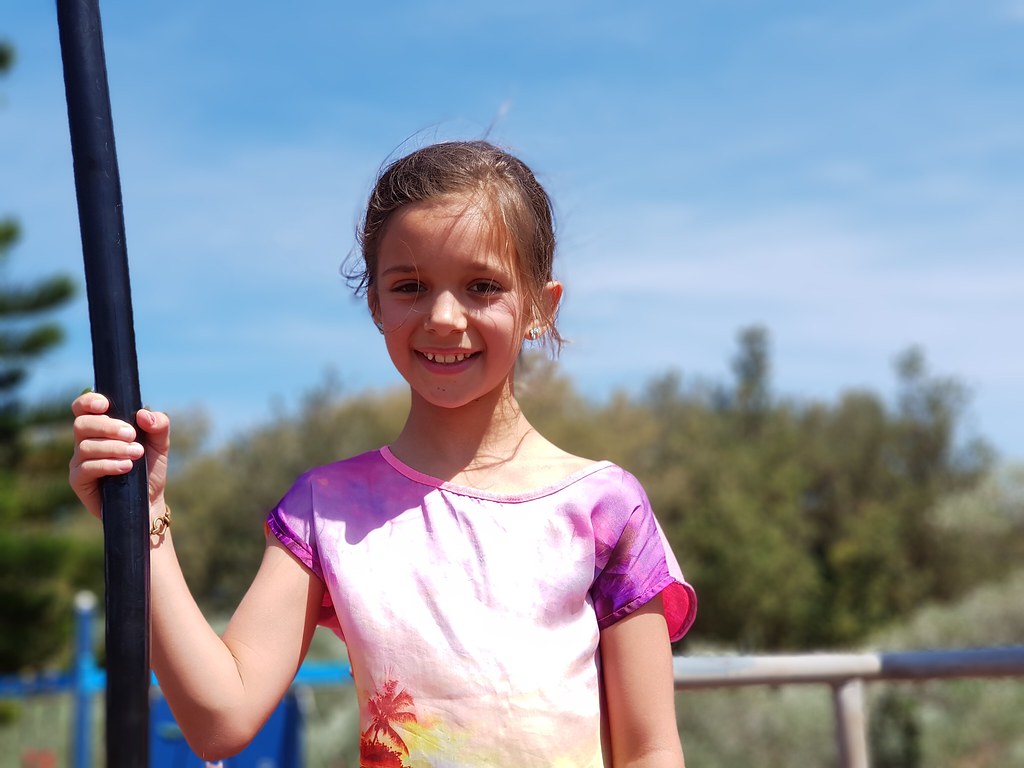 At the park after our ride 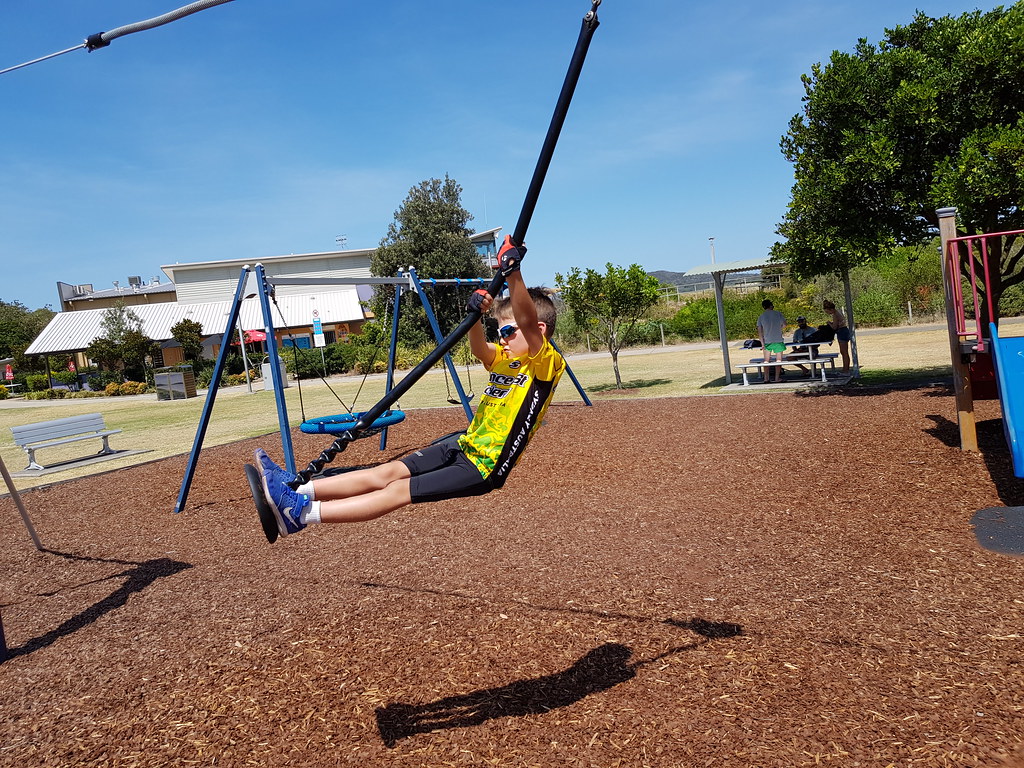 The heat ended abruptly on Wednesday evening while Steve and I were out for a ride. A gusty change came through and Rach had everything under control, making sure awnings etc were pegged down and then helping others. A storm followed once we were back from our ride with some heavy rain. The dinner plan was to have some fish and chips, which Rach and the kids went to pick up once the storm had passed while I had a shower. Sadly though, the fish and chip shop had just closed, and so we made the late call to head out for dinner.

Watching a video during the storm… every now and again…

The Diggers club was just down the road, so we headed there – got our table, and found out that it was going to be a 45 minute wait on meals! Given it was already nearly 8, and the kids were dealing with it quite well, we ordered and hoped it was going to be quicker. It wasn’t. The meals were ok – mine was great, and once we’d finished it was home and to bed to listen to the rain on the roof for most of the night.

Thursday morning was pretty quiet and uneventful. A late bacon and eggs breakfast, sitting back and relaxing. Uneventful that is, until some kids came to tell us that Lucas had fallen off his bike and hit his head. I wandered down to see what had happened, and indeed found a sad and sorry little boy, with very little blood, but a nice egg on the side of his head from where he had hit the deck.

Given it was a head knock, and he seemed a little drowsy we ended up taking him to the hospital to get checked out. Turned out he had just a mild head trauma, and was prescribed a relaxing day with no more bike riding and 24 hours of supervision – which turned out to be more painful I think, than the original injury. Keeping Lucas off the bike for the afternoon was hard work, especially when Ella and 2 new friends she had made were having a great time off riding around the park.

It didn’t take long for him to recover, as the following afternoon we took his surfboard back down to the beach and spent about an hour down there doing some more surfing. The waves were slightly bigger, and a little more challenging which was great for him.

Some campsite cricket with Steve and his family before dinner and bed was great fun. We did a little tidying up as this was our last night here. We really enjoyed our time here – I think the location we had at the back of the park really contributed to this, as we usually aren’t big fans of caravan parks, but this time we found it relaxing and enjoyable.

It was time to move on for Christmas, and fix a couple of issues that we’d discovered while we were here… more on that later.