A quick breakfast and pack up were had before heading back to North Bourke to catch up with Trent, Leanne, Kermit and their boys. A quick splash of fuel and we rolled out heading towards Wanaaring.

The first snag was hit about 5km out of town, where a sign declared the road to Wanaaring to be closed. A quick look at the map decided that a detour via Fords Bridge would probably see us back on track. We made it to Wanaaring at about lunch time, hoping to get a pie, or maybe even something at the pub. Sadly, there was not much to be had so we made do with some food from the fridge and kept going. 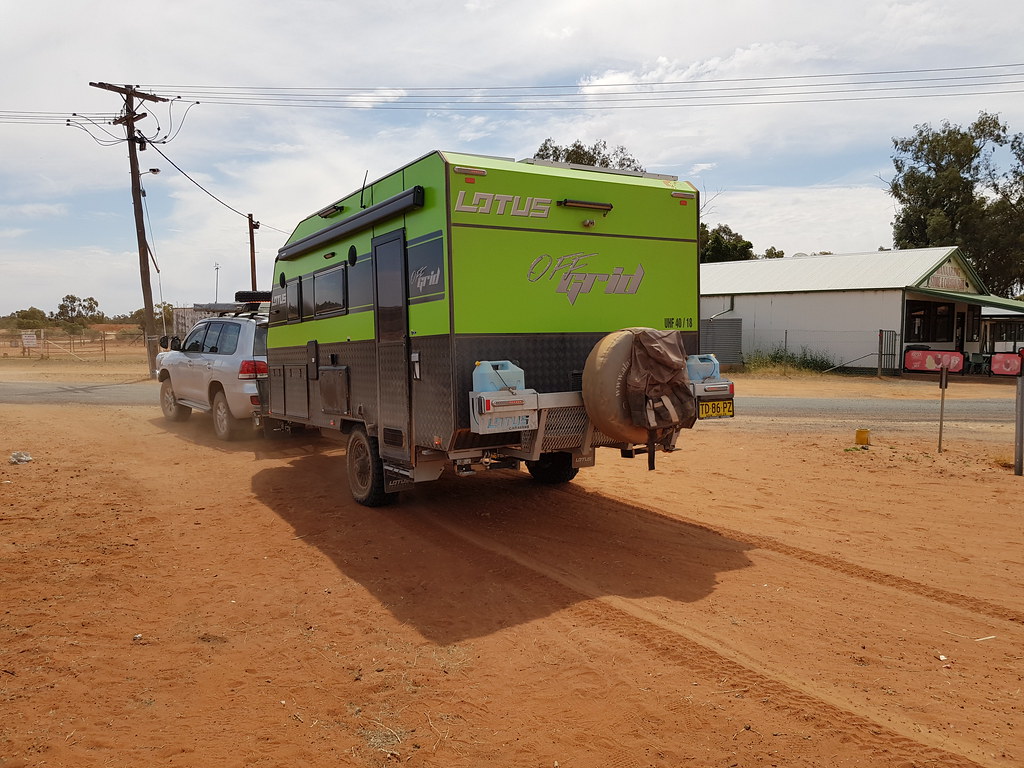 ‘Kermit’ rolling out of Wanaaring

Some more fuel was needed at Tibooburra and we continued on to our spot at Fort Grey. This is a great National Park site in the Sturt national park, very close to Cameron Corner – where we were headed the next day. The scenery changed the further we got, as we were starting to get into the fringes of the Strezlecki Desert. 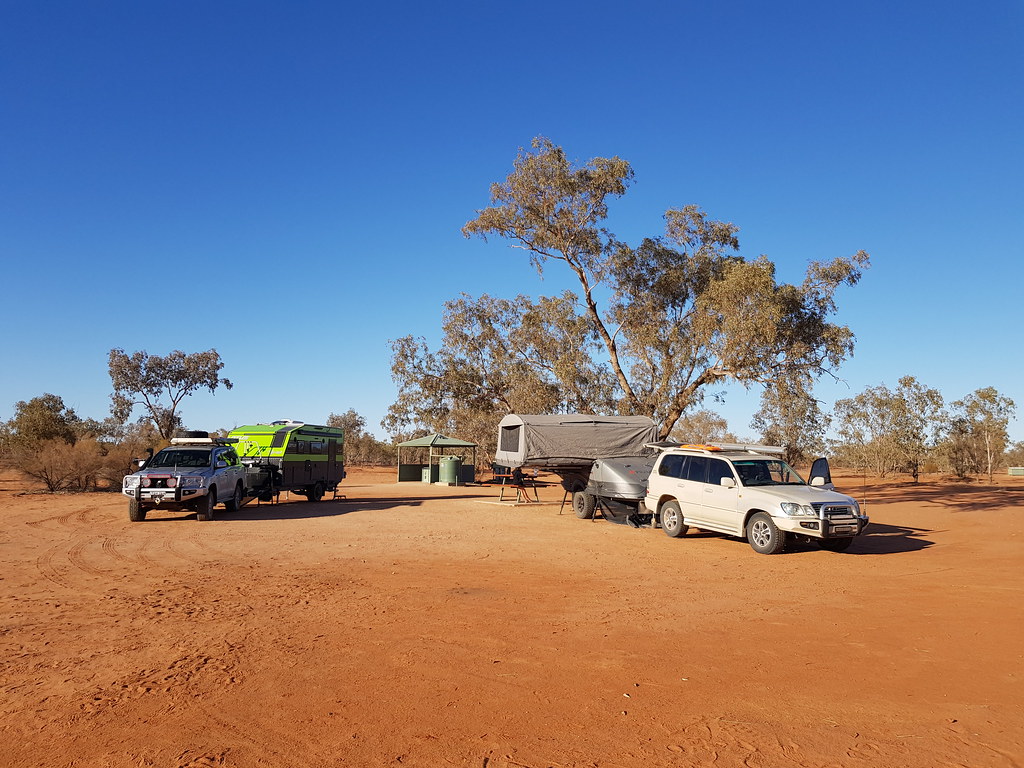 The morning sun warming us up – you can’t see the wind also starting to pick up.

It was quite late in the afternoon by the time we finally arrived and set up camp. A quick Nachos dinner before an early night to catch up on much needed sleep was the order of the evening. We still had a long way to go, but the first of the “sights” we had come to see was scheduled for the next morning.