Back in April 2014, we camped at Tathra with Jay and Lucy. At the time we did a drive-by of Gillards Beach and thought that maybe, one day, we might like to camp there. Recently, Jay and Lucy bought their own camper trailer and so the proposition was made to have the maiden voyage down the south coast and see what it was like to camp at Gillards. 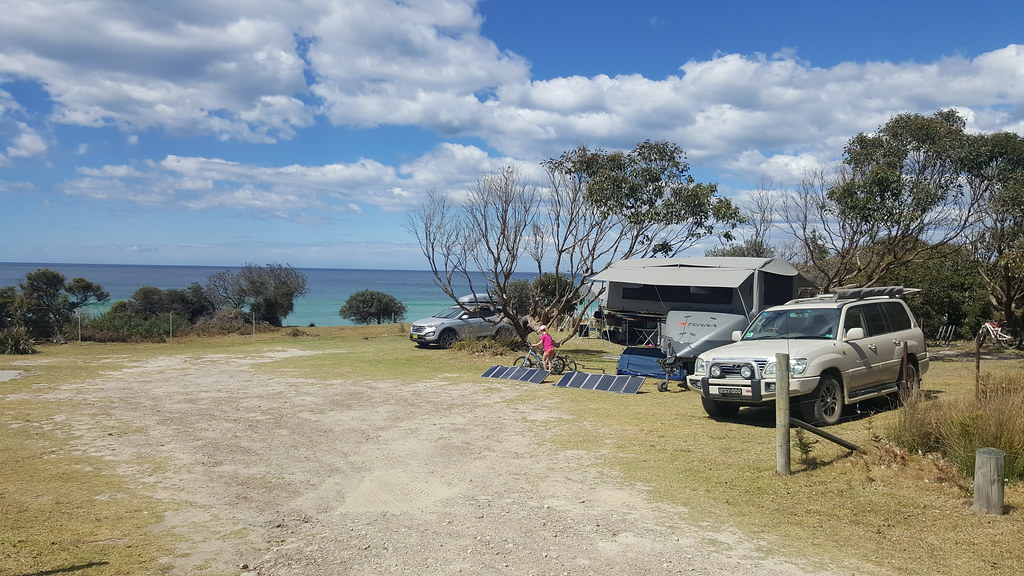 This was going to be hard to take…

The first Sunday of the school holidays we left quite early – 5am in fact in extraordinary conditions. When we got in the car it was 28 degrees – the highest temperature we were to see for the next week! It was all downhill from there – at least as far as the temperature was concerned. We headed through the southern highlands to Goulburn, and then across to the coast, filling up at Batemans Bay, before continuing the journey south through Bermagui and on to Gillards – just to the north of Tathra. 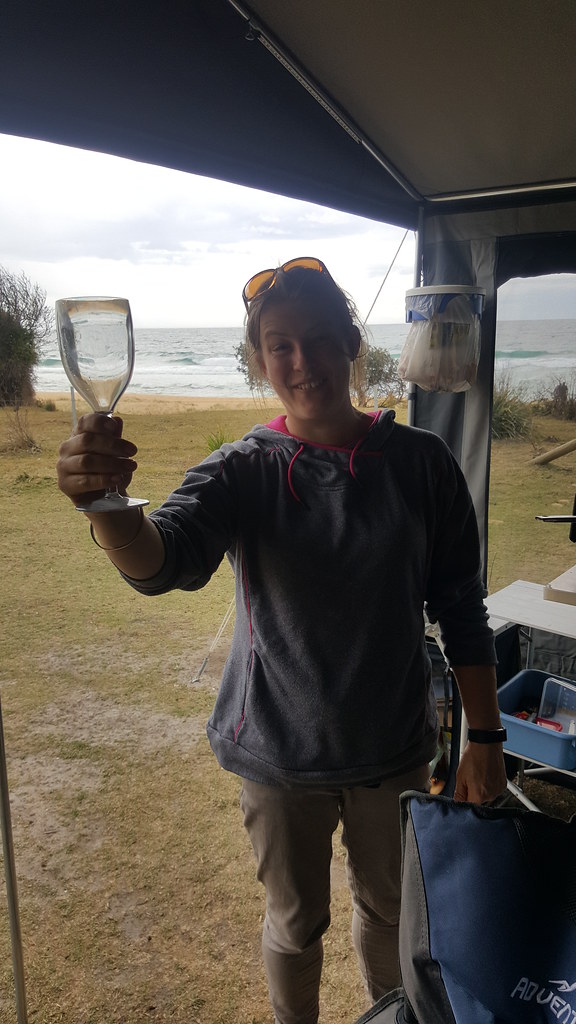 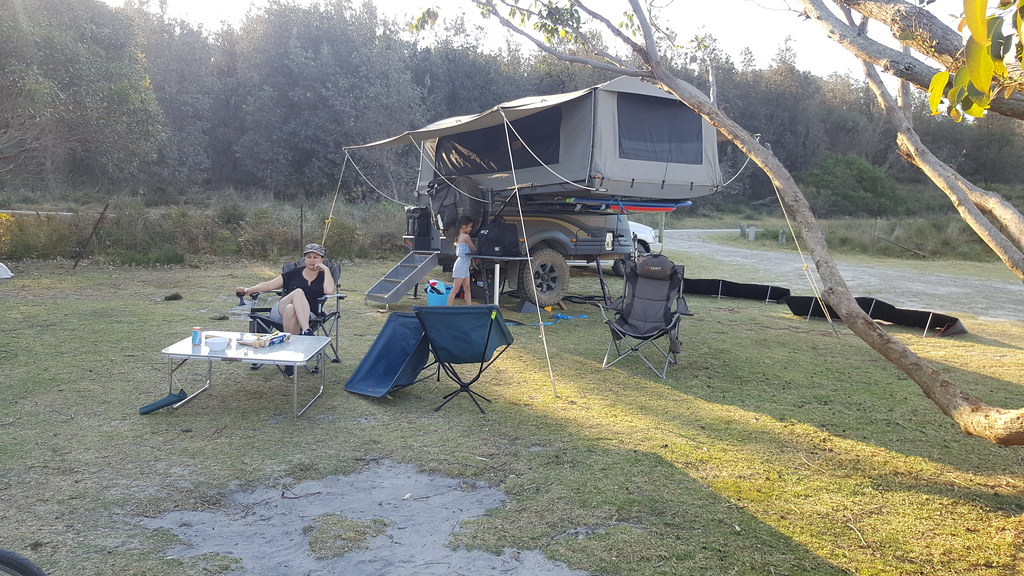 Supervising the set up

This is a national parks run site, with no bookings, so you need to be a little bit lucky to get a good site – and lucky we were. We found a perfect site for us, and a great flat spot for the others when they arrived which was right next door. About 2 hours later they arrived, and as we were fully set up, we were able to lend “helpful suggestions” to Jay and Lucy as they arrived and set up their camper for the first time. (They actually did a great job for their first time, with an audience!) 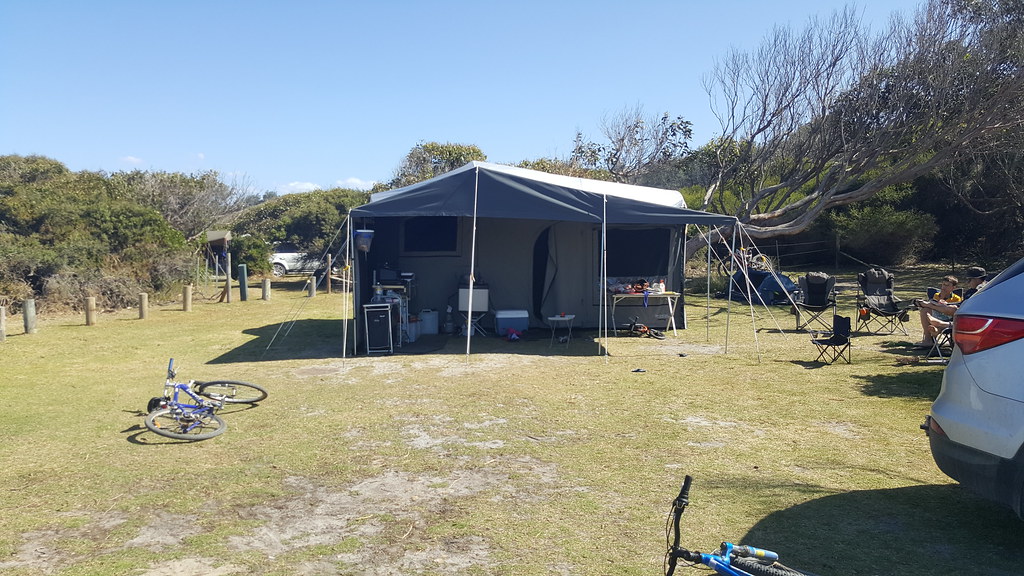 Nice set up Jay and Lucy! Didn’t take you a minute over 3 hours… 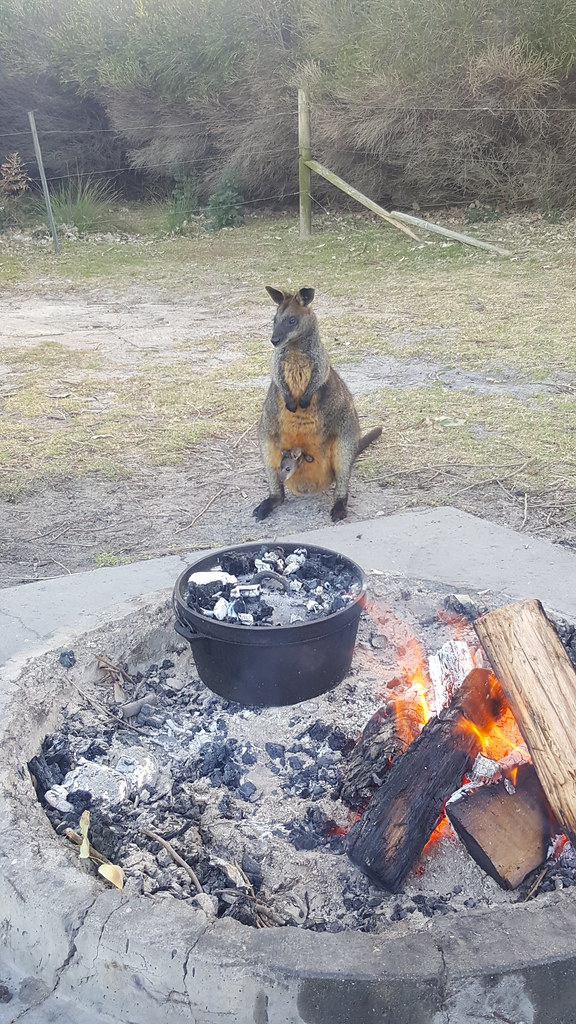 Plenty of friendly visitors… and no, they didn’t end up in the oven.

The next 6 nights were very relaxing, and were over all too quickly. Most days we would go into Tathra – the kids would have a ride on their scooters at the skate park, while the adults would have coffee or pies, or something that may, or may not have been coffee – but it came in a kid’s size “keep cup”. Each day we would be treated to some whales off the coast that we could see from our camp site, as well as the occasional dolphin, and sea eagles. 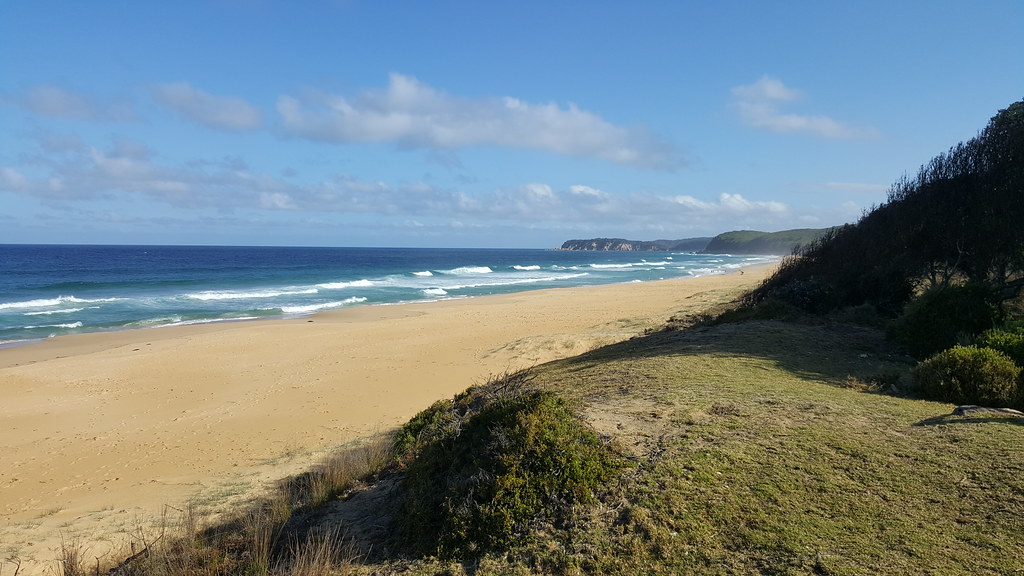 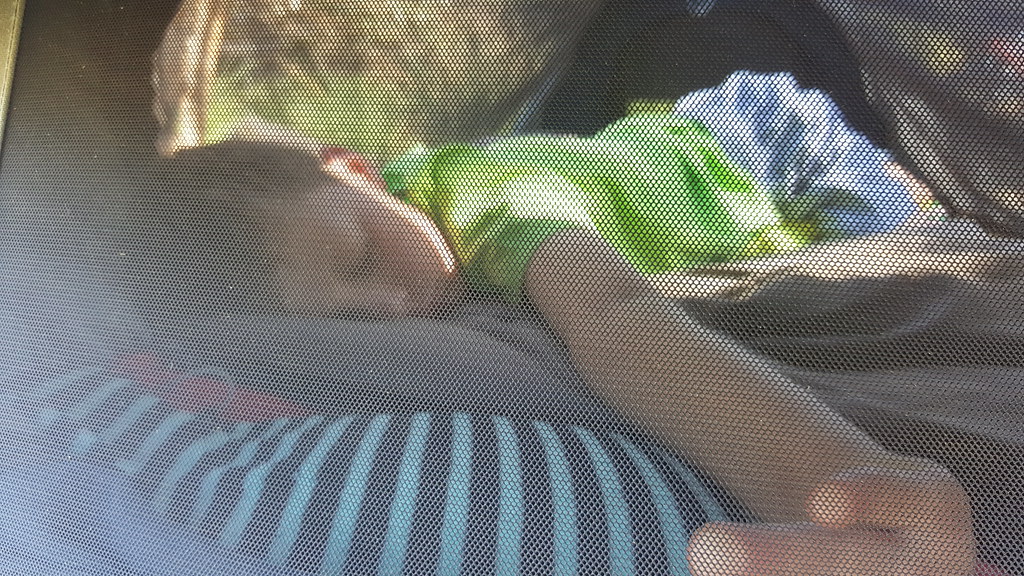 We had fantastic weather while we were there. Only on one afternoon did we have a little rain, and overnight on a couple of occasions there was a brief shower. The days were beautiful – particularly in the mornings before the afternoon breeze made itself felt. We ate very well, enjoyed a few evenings around a camp fire – and generally just had an awesome time. The kids played really well together, and the adults mostly did too. 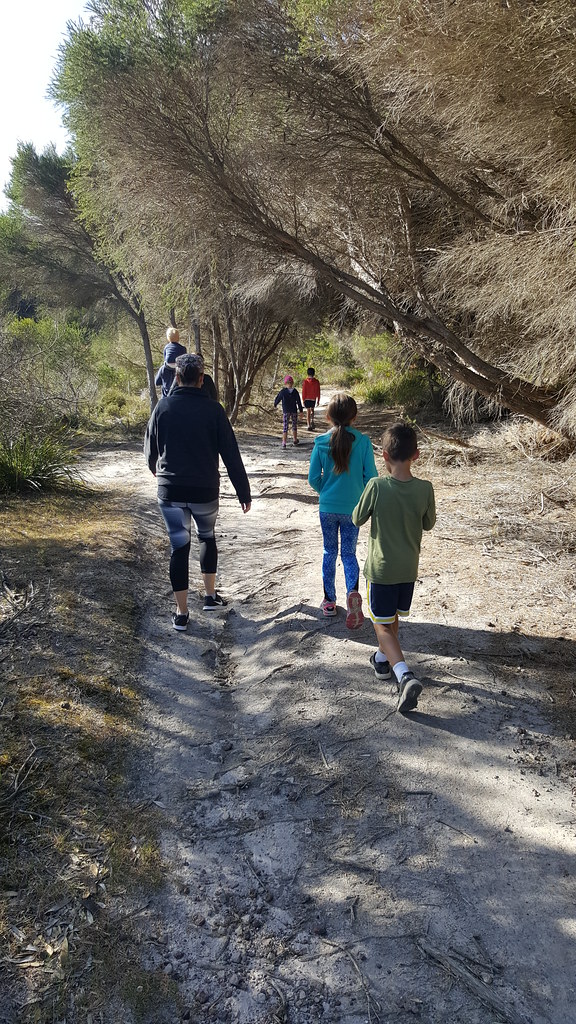 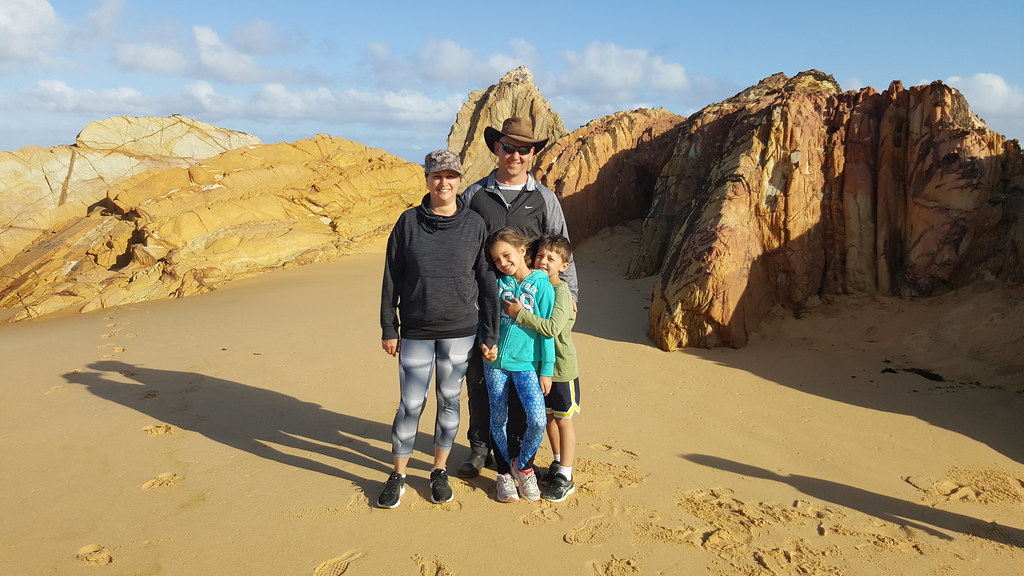 Too soon it was time for Jay and Lucy to move on, down to Tathra to spend a few nights with Jay’s mum. They did a great job again packing up whilst preserving (what looked to everyone else as) marital harmony, and we were bidding them farewell. Not long after they left a real nasty south easterly wind came up – the strongest of our time here, which had us all sheltering for the afternoon until it dropped off in the evening. 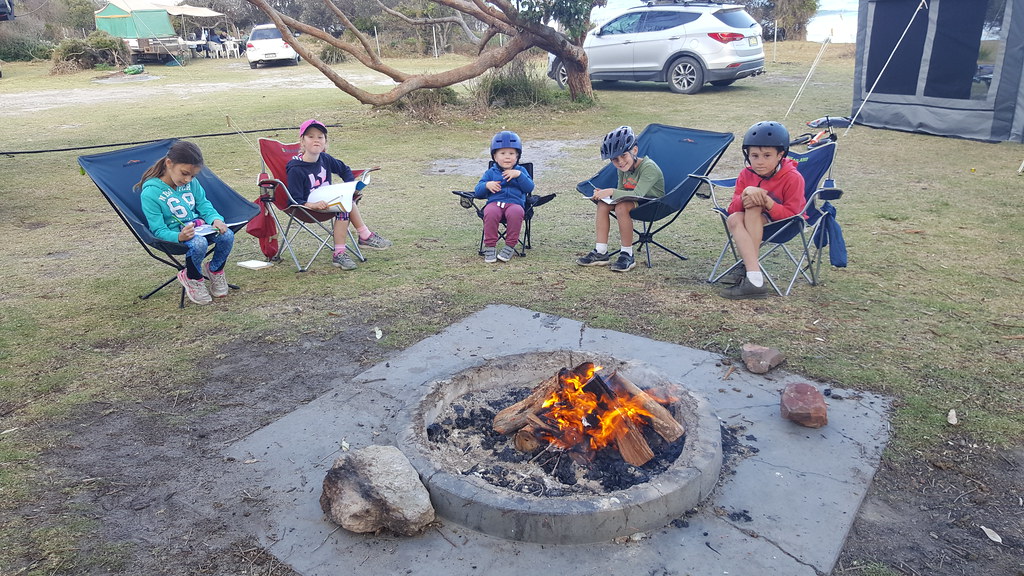 Sunday we took the kids and bikes into Tathra and enjoyed some of the beautiful single track they have there. I’d forgotten, in fact, how good the trails were – and sent Rach and the kids off on a couple of errands while I enjoyed the trails right back down into the bottom of Tathra. 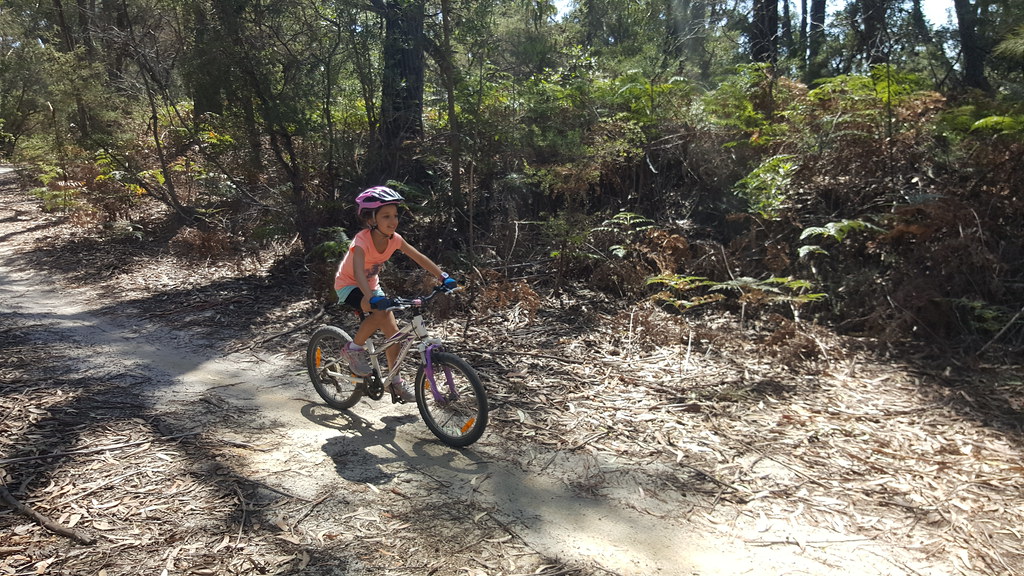 Our last night we enjoyed another fire with some new neighbours who had moved into the same spot as Jay and Lucy, before an easy pack up to fight the public holiday traffic back to Moruya – where we had booked in the camper for a service on Wednesday.

Many thanks to Jay and Lucy for allowing us to provide “helpful” comments while setting up the camper, and for your company. We had a great time.