We left Bendeela with no set plans for where we would end up next. A quick check of wikicamps while in Nowra later, we decided to head to Pretty Beach, a little further down the South Coast, near Ulladulla.

Arriving in the mid afternoon, we found a site to our liking and set up. We decided to leave the front awning down for a couple of reasons. One, there was some fairly rotten weather coming, and secondly, a couple of the small connectors for the awning had broken in the wind at Bendeela and I needed to pick up some replacements. 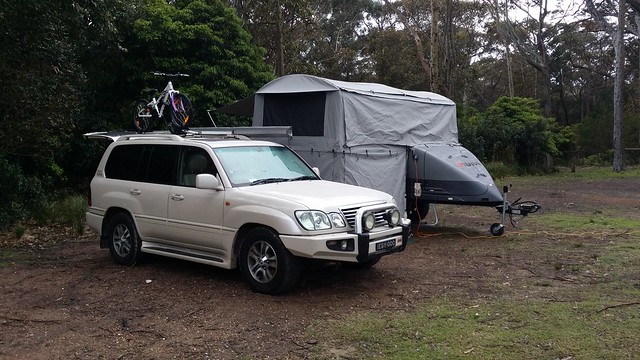 Set up in between showers. Front awning stayed down like this for the few days here.

As we went to bed that night the rain and wind started, and didn’t stop all night. This trip was giving the new canvas the best seasoning it could ask for, with large amounts of rain. When we woke in the morning there were a couple of small dribbles in through the seams in a couple of corners, but aside from that everything was completely dry inside the Ultimate. 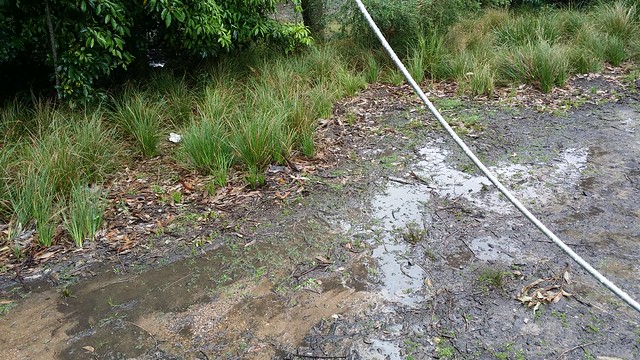 It was dry inside, and the kids were dry in their room underneath… despite the torrents running through our site.

Saturday we decided to head down to Batemans Bay to stock up a bit, and to just have a look around. There was an Aldi in town too, so it seemed like a good excuse. The weather started to clear up while we were there, and by the time we got back to Pretty Beach, the rain had all but finished. Lucas and I went for a walk down to the beach in the afternoon (highlighted by popping bluebottles on the beach), and the kids even were able to get their bikes out and do a bit of riding. 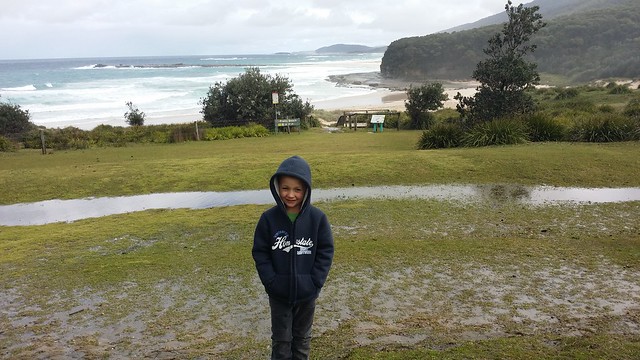 Our afternoon walk down to the beach… you can see how much water is still lying around.

Sunday morning the sun came out and we started to dry and thaw out. Canvas dried out, and the feeling of sun on our backs was very welcome! After lunch we went for a walk over the headland and around to Merry Beach, where we camped a few years back. There were some great views at the top of the headland – this would be a great whale watching spot in season. 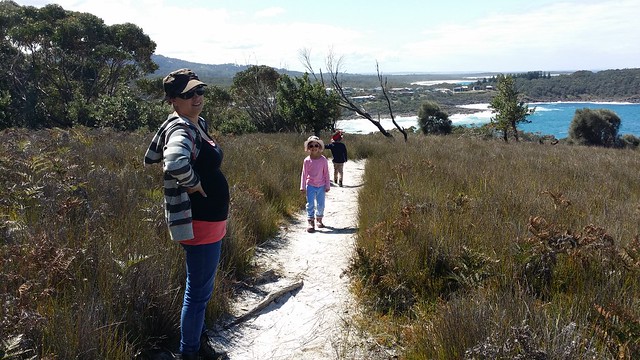 Enjoying our walk around the headland to Merry Beach

We enjoyed being here, but have been to better camp grounds It wasn’t too cheap at $110 for the 3 nights, it was a bit of a walk from the beach, and all the sites were just dirt / sand. That said, the facilities were good, but having to pay $1 for a hot shower on top of camping fees was a bit rich. 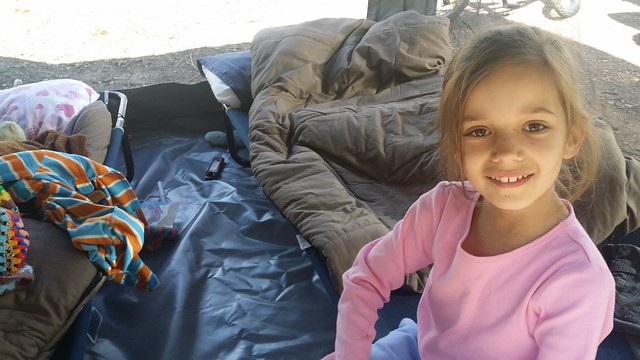 Enjoying some time in the kids room once the sun came out and we could roll up the sides.