It was time for a boys weekend. Trent and I took the young boys, Lucas and Ryan for a camping weekend away. We were travelling light, so no camper this weekend. Lucas was to sleep in our small 2 man tent, and I was borrowing a swag from Trent.

We headed west on Saturday morning across the mountains and headed towards Sunny Corner. Trent had previously found a nice campsite on the Turon River, and the plan was to work our way through Sunny Corner State Forest to link up with the campsite. 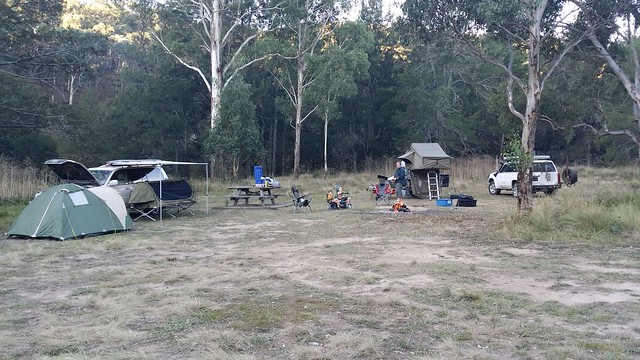 We travelled along some pretty nice tracks up and down according to plan. We reached one point however where the track looked like it went straight up. We could just see a couple of vehicles up near the top, but they weren’t moving, and we weren’t going to head up after them. A look at a few maps, and a poke around later, we found an alternative route. I was the forward scout, as Trent was towing his Pod Trailer, which would be difficult to turn around if we needed to backtrack. 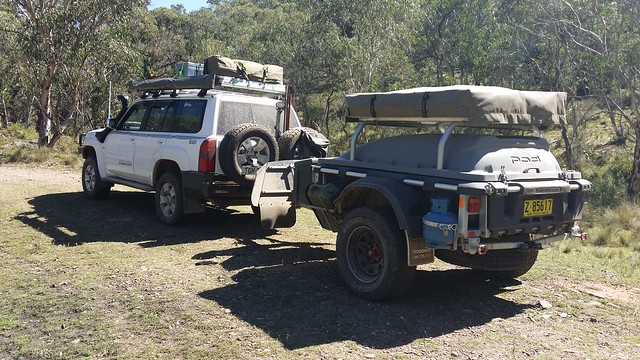 A nice little climb with some careful wheel placement along a rutted track later, and we were back on track to our campsite. We arrived at around 5 and had a quick setup before cooking some dinner on the camp fire. Lucas was really happy to be heading to bed in a 2 man tent by himself which was fantastic. I enjoyed a good night sleep in the swag, even if I did have Lucas in with me for a little while when he got a little cold during the night. I think I see one in my near future. 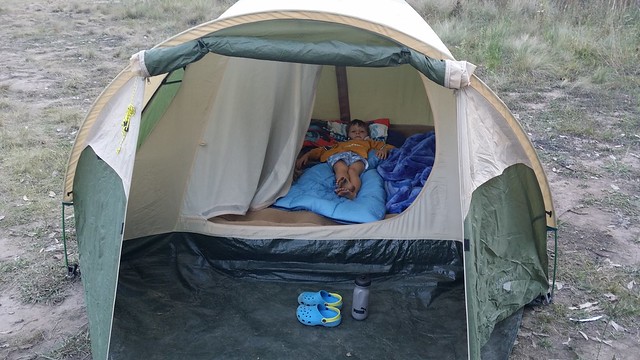 Lucas happy in the 2 man tent

Sunday morning we had a pancake and bacon and egg breakfast before a very easy packup. We had a look around the local area before heading back to the bitumen and heading home. We were even home in time to watch the Australian Grand Prix. 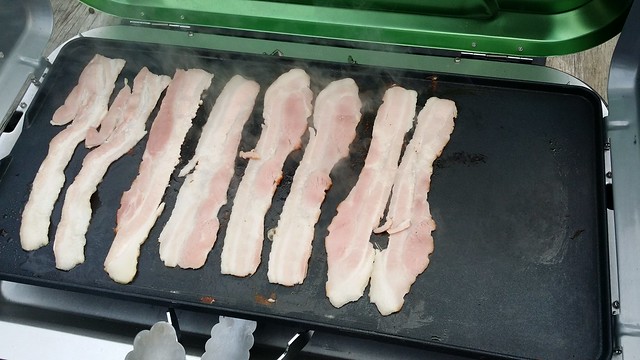 Is there any better sight on a Sunday morning?

Lucas and I had a great time hanging out with Trent and Ryan, I’m sure we’ll have a few more of these light camping trips in the not too distant future! You can see our track that we recorded using the Hema Explorer App HERE.