So the day had finally arrived. Well, almost. Term 2 had finished at work, and the next day I was to pick up our new Ultimate Xterra Camper Trailer. Part of the adventure, however, was that I’d head down to the NSW south coast the evening before straight from work, and test out the new OzTent – Jet Tent Bunker and Rivergum sleeping bag that we’d recently purchased for those quick single night camping adventures. 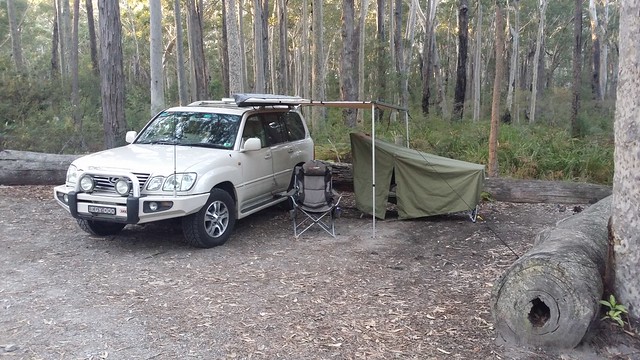 I was cosy in my Jet Tent Bunker and sleeping bag

Despite leaving Sydney well before peak hour, I remembered how much I disliked the trip south on the coast. There was constant traffic pretty much the whole way and I never got the chance to settle into the drive itself. I’d sussed out a few different campsites on Wikicamps, however eventually rolled into the Meroo Head campsite, which I’d hoped would be pretty much right on the beach. Turned out that it was about 1km from the beach, and that, strictly speaking, you needed to walk from the car into the camping area proper. There was plenty of evidence of people camping in the carpark, with discarded fire places everywhere. I found a quiet corner of the carpark and set up the awning and swag in no time and was sitting down to a couple of cold beers. 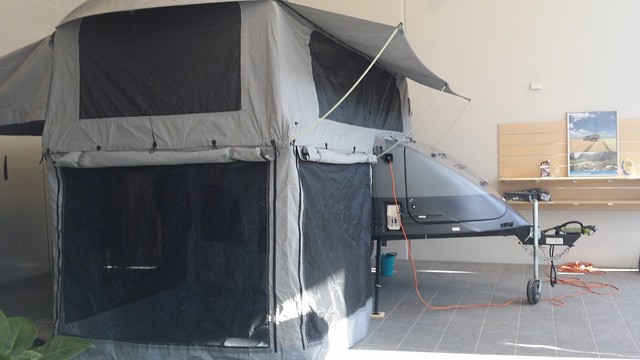 A cold night followed, but I was kept super warm by the new sleeping bag. I didn’t get much sleep however, a combination of the new sleeping arrangements and excitement about picking up the Ultimate the following day conspired to keep me awake. 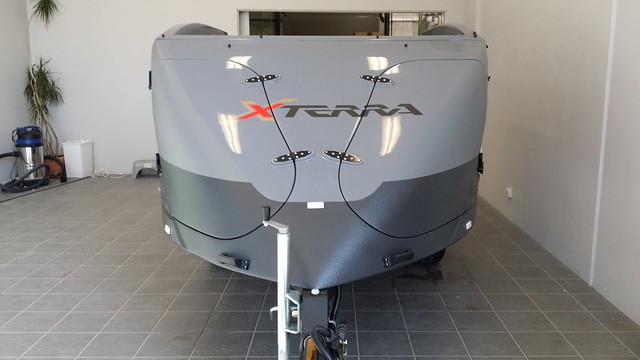 All packed up in the showroom

Soon enough I was making my way further south through frost covered fields towards my ultimate destination – Moruya. (See what I did there?) Once I arrived our camper was setup and waiting already in the showroom, but before that, there was a process to go through. First a factory tour of both the standard (if you can call them that) Ultimates, and then the relatively new Nautilus. Once that was done, a familiarisation process too place on another camper, before having some lunch and going through ours with a fine tooth comb. Once everything was packed up, we hooked it up to the car and went for the quick drive around the corner to get the blue slip finalised, and then I headed down to the local Moruya RMS to complete registration. 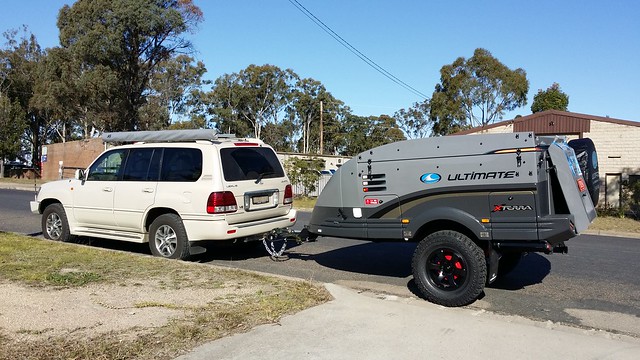 First time behind Stan to get the blue slip

All of a sudden, it was 3pm, the rego plates were attached to the back of the camper, and I was making my way back to Sydney – a proud Ultimate Xterra owner. First impressions were how nicely it tracked behind the Lexus. The independent suspension was immediately noticeable as I climbed the hill out of Batemans Bay, heading inland this time, towards Braidwood and then Goulburn. Mid-corner bumps that previously I’d feel with the Trackabout had now been smoothed out by the combination of Lovells springs with Koni shocks. 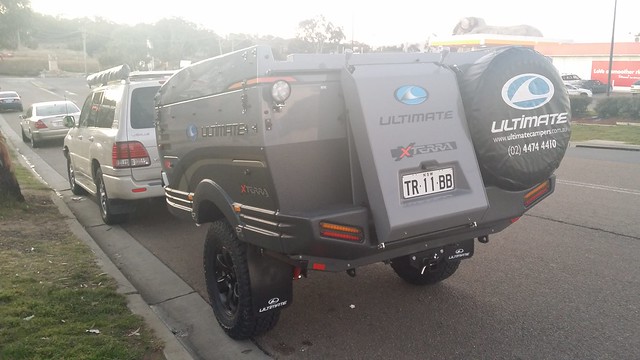 On the way home parked at Goulburn for some food

With an excited family waiting at home, I had a quick curry in Goulburn, before pushing on back to Sydney so that the kids could have a quick look before they went to bed. The next day was “sleep in Saturday”, however there was not to be much sleeping in this Saturday!

One thought on “Ultimate Xterra Pick Up”