April is a great time to travel. Particularly to western NSW, where the daytime temperatures are generally in the mid-twenties, and the nights around 10 degrees – give or take a little. No surprise then, that for the last couple of years at least, we’ve made the most of this time to explore. In 2015 we did the Darling River, and then in 2016 we headed down to the Murray Sunset NP and back along the Murray River.

Sport, Ballet, and other bits and pieces meant that we weren’t able to get away from Sydney until Thursday of the first week of the holidays. Our friends have a farm up at Coolah, and they were gracious enough to host us (ok – we invited ourselves!) for a couple of nights. We left home at about 7am and managed to beat any traffic as we headed north out of Sydney. Breakfast at Singleton before continuing on the Golden Highway through Merriwa. It must have been the day for moving oversize loads, as there were numerous wide loads coming towards us, heading east. The biggest of which was 7m wide and took up the whole road. It is times like this that the UHF radio is super useful. We could hear what was coming as the pilot vehicles would announce the load well in advance, giving plenty of time and warning for you to get out of the way – as they weren’t stopping for any man (or woman, child, or cockatiel)!  A couple of hours later we topped up with some fuel in Coolah before puling into their farm just on the northern side of Coolah. 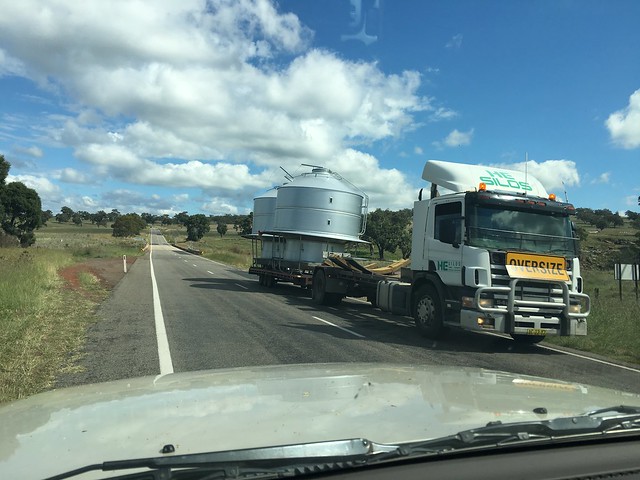 The one “wide load” we managed to photograph. This one is only 4m. The biggest was 7m and took up the whole road!

After enjoying a lovely lunch, we chose a nice grassy spot inside their ‘backyard’ but still not too far from the old farm house. Once set up, the boys set off to light a couple of fires that had been pushed up from fallen trees by a contractor doing some work for them with a big tractor. We hung out at one of the bigger fires for a while, and the girls all came over and we had some wine/beer/cheese/crackers for a very classy and refined afternoon by our little* camp fire. We all shared some Tacos for dinner back at the farm house, before another family from church, passing through on their way to the Warrumbungles, stopped in as well for some dinner and to stop over for the night. 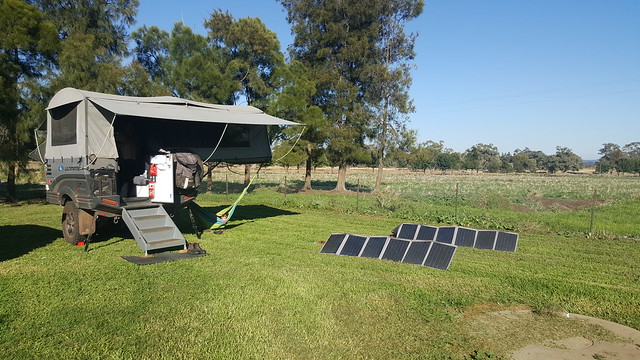 All set up – can you spot Lucas? 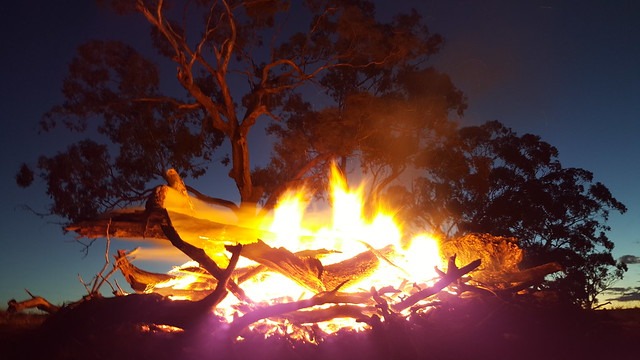 Did I mention we had a “little” fire?

Friday morning, being Good Friday, we went to church in Coolah. Our (now not so small) gathering significantly boosted the numbers! The kids were very well behaved through a far more traditional Good Friday service than they are used to, although there was the incident where one of the kids in the front row “cut the cheese”. I won’t mention who it was, but for once, it wasn’t one of ours! The service continued without a hiccup. 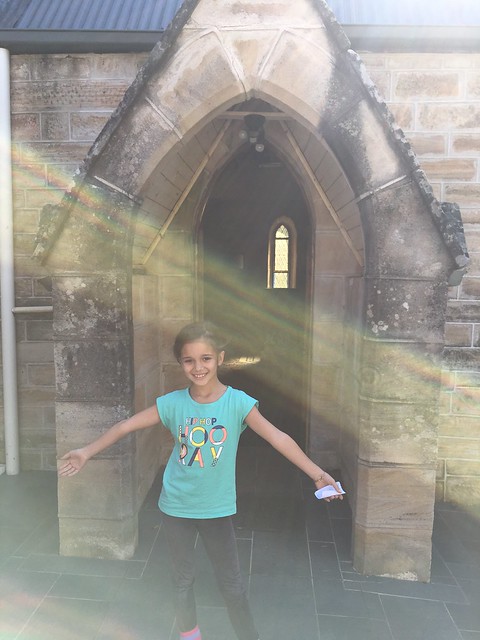 At church on Good Friday 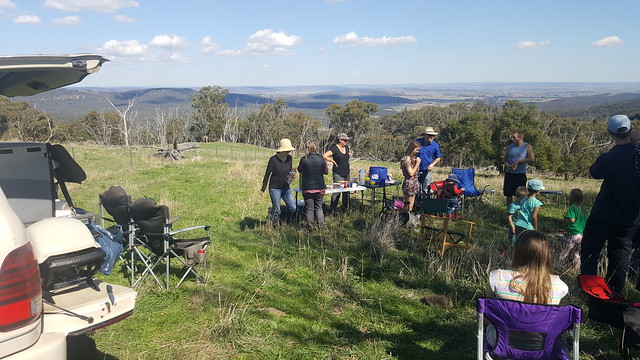 After the service, we went back to the farm to change into our “farm clothes” and then headed over to another farm on the other side of town up on the ridge to enjoy the view and cook up some lunch. Both of which were amazing! 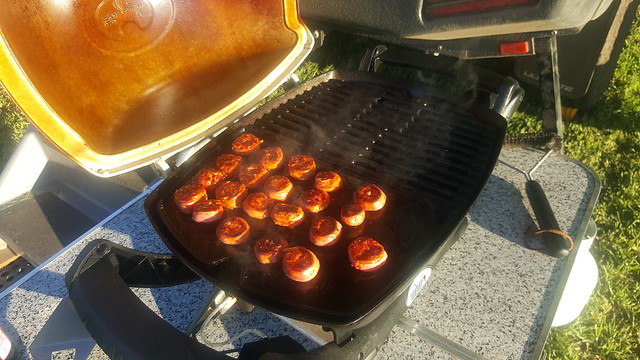 Mmmm chorizo! – OCD? I don’t know what you’re talking about…

Lunch done we headed back to relax and have a short drive around the farm, checking out some baby lambs scattered about the place. We can’t wait to come back and see some more baby lambs in the future. Yet another devine sunset and a lovely night was had by all. Morning came and it was time to pack up and move on to our next destination. We want to thank our gracious hosts so much for opening their farm to us and for being so gracious in accommodating us for a couple of nights. It was great hanging out with you and your kids. Hopefully it isn’t too long before we pay another visit! 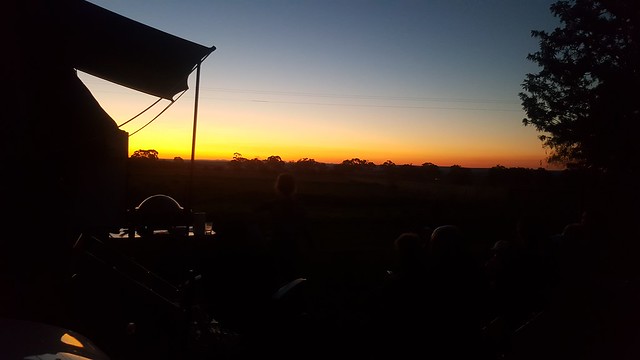 The sunsets were magnificent! We’ll be back!