We have visited Murray Sunset National Park before in 2014 when we were doing our Murray River trip, and enjoyed it so much that we brought Leanne and Trent back to check it out again with us, and do some exploring. After getting away relatively early on Sunday morning we stopped at Balranald for some extra supplies before continuing over the border into VIC and towards Murray Sunset. 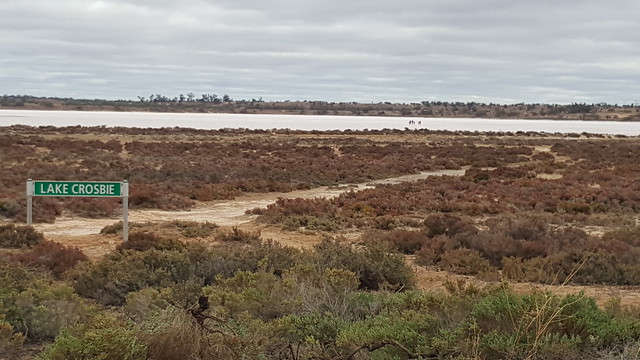 Rach, Leanne and the kids in the middle of the lake.

Once we arrived we selected a suitable campsite and got set up. We hadn’t put the rear awning on for our overnighter the previous night, and given the weather forecast was fantastic, it was decided to leave it off and see how it went without. Kids swags were set up, along with shower tent as we were all sharing our shower and hot water for bathing purposes. The C-Gear mat was also put out to try and limit the sand and grit that we brought into the camper on our feet. 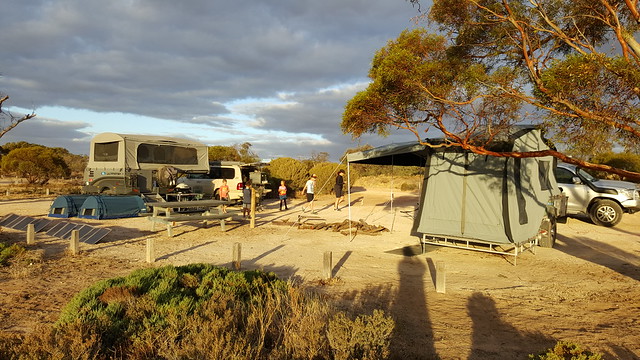 The flies were determined to make their presence known here and were very persistent! Trent made use of his fly nets, while our Bushman’s repellant got a workout. (It wasn’t until a later stop in Echuca that we purchased a couple of fly nets of our own. But by then we didn’t need them…) Around sunset the flies went to bed and we could really enjoy being here. The weather was beautiful, and the sunsets were spectacular. (I’m not sure how this place was named…) 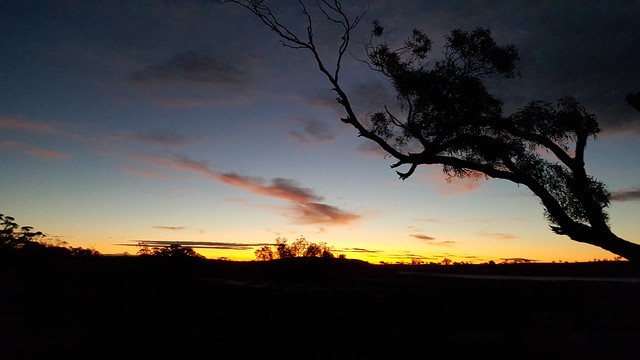 Not a bad sunset

Monday we had a pretty relaxing day around the campsite. It was quite overcast and a little cool in the morning, and Rach, Leanne and the kids went for a walk across the Lake Crosbie (which was dry) to a ‘museum’ on the other side of the lake that has some old salt extraction equipment. Trent and I had to stay behind and finish some work on a strip LED light that I’d made for the camper with both white and orange LED lights. (It works well outdoors, however I’d hoped that the orange strip would be brighter. Time to get back on e-bay for some more orange LEDs). 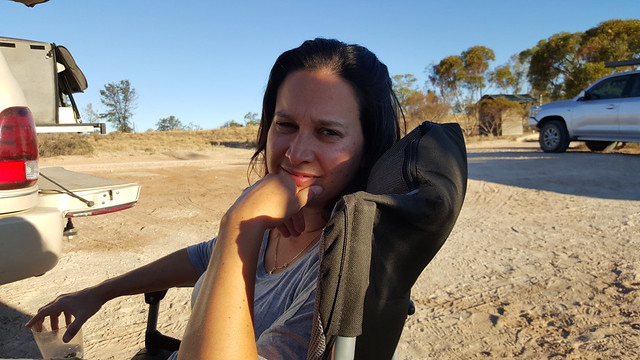 Last time we were here we were here with Mum and Dad and we took a drive around the national park – specifically up to the Mopoke Hut, and we were keen to do the same trip again. The plan was also to drive out in the same direction the following day with the campers, so it would be a bit of an explore to assess the suitability of our plans. We made the loop and climbed to the top of Mt Crozier again. It is remarkable that only 100m above sea level, you can get such a remarkable view of the surrounding flat mallee country. You can see a track of our loop here. 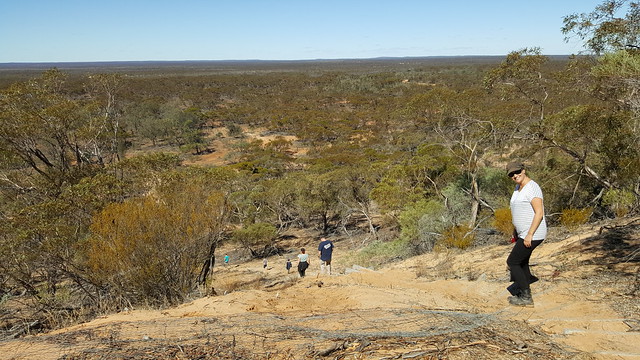 On the way back down from the top of Mt Crozier 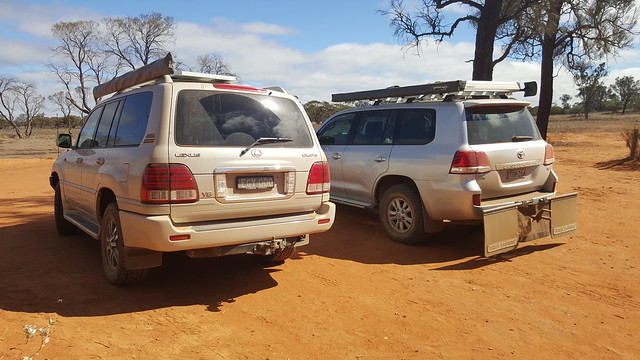 Back to the camp site for some more relaxing and trying not to eat too many flies before starting to pack up a little in preparation for leaving the next day. We were planning to head north with the campers through the national park before emerging back onto bitumen not too far from Mildura and Wentworth. We had a few really enjoyable days here – a really cool place. 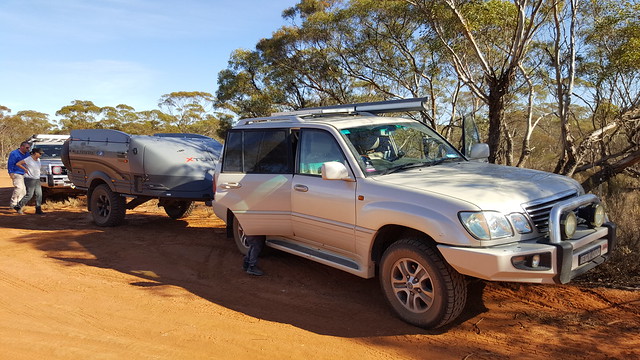 On our way out of the park