After spending the first 2 weeks of the holidays at home, and enjoying Christmas with family, we headed north to Dave and Kate’s place at Jilliby to spend a bit of time together and chill out. We all always have so much fun just relaxing together, and this year was no different. 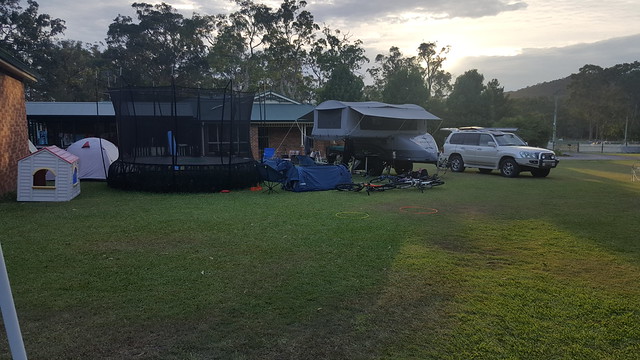 The weather was pretty hot, with 2 days nudging the 40 degree mark, so the new Sirocco fan that we had to have before we left home was given a workout. Needless to say it made sleeping a few nights much easier with the constant gentle breeze that it provided. We paid a little extra for the black one, but very glad we did – white just would not have worked quite so well. 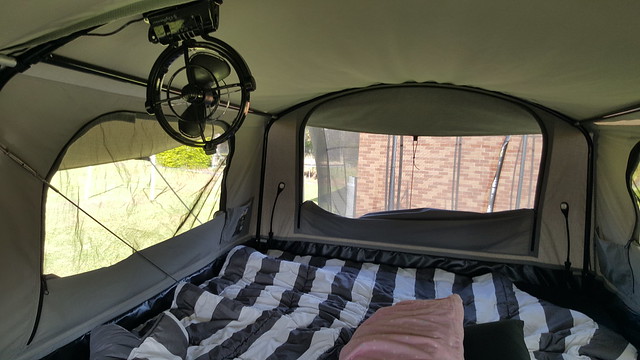 The fan we needed to have. It would turn out to be pretty handy over the next few weeks!

This year, Dave and Kate also dragged the tent out of the shed and camped out with us. Libby had a 2 person tent to herself and was in pure luxury, while the others managed all in together. It was great to be “camping out” again!

Lucas had his 7th birthday on the 30th and was treated to some nice presents, and Libby made him a great cake. We also enjoyed a visit from some old friends Rob and Bec, and their 3 kids William, Samuel and Jessica on the same day for a BBQ lunch. It was great to catch up with them. 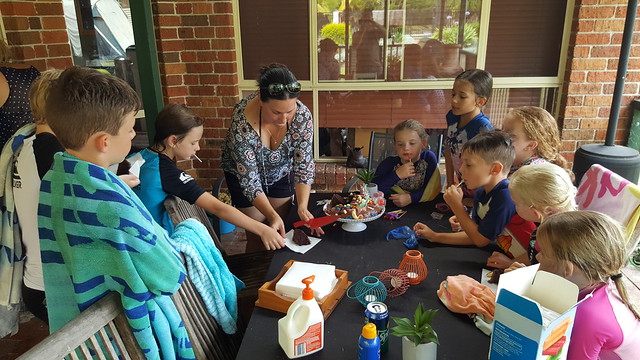 The extreme heat necessitated much time spent in the pool for the kids, which they greatly enjoyed. We didn’t do too much while we were there other than that. One afternoon we spent at the shops to escape the heat. Thankfully we didn’t have to fight too hard to get a parking spot, so the stress levels were just the normal “I hate the shops and this many people” variety. Rach and I also managed to score ourselves some new sunglasses each as a Christmas present.

New Year’s eve was a fun night. The weather was beautiful being warm, but a step down from the stinking hot days. Food started at about 6 with some dips, then some other nibbles including some chorizo from the Terrey Hills Butcher (it is awesome!), before we cooked some pizzas in the Weber BBQ. Nearly all of the kids except for the 2 littlest girls made it to midnight, and after the fireworks we all went to bed. The next morning was very lazy, and even Ella had a good sleep in, not getting up until after 9am which is very unusual for her. 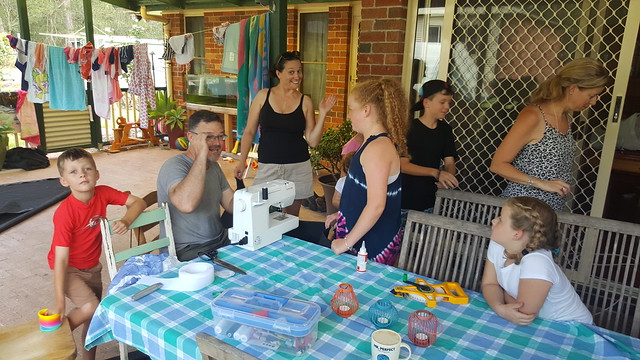 Sewing up a shadecloth storm

During the week we also managed to get a couple of projects done on the camper. I put a water pump in the nose cone area to allow quick and easy transfer of water from the jerry cans to the camper water tank. I’m really happy with how this turned out and how it works. Dave was also very helpful as he and Rach hit the sewing machines to make some shade screens for the underneath space that we can use when we don’t need to use the full underneath room. I think both of these improvements will get much use!

All too quickly, it was time for us to let them enjoy the rest of their holiday in peace, and for us to move on to our next destination… wherever that was going to be.