Leaving Wattle Flat we started the climb out before turning right onto what looked like a little shortcut down the Boundary Trail, which connected back with the road we were going to follow on the journey south. We made it a couple of hundred metres before coming along a pretty steep descent. After taking a quick look, and coming to the conclusion that it would probably be fine, the decision was made that we didn’t really know what was next to come, and while travelling alone it would be a better idea to turn around and follow the original road before turning right and continuing down the ranges toward the coast. 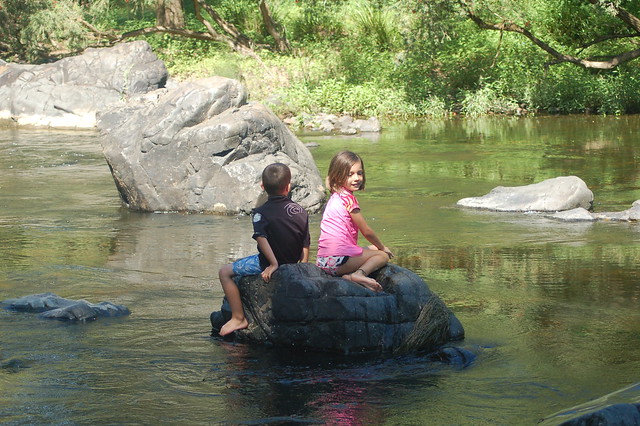 Perched on a rock in the middle of the Manning River

Joining the Kempsey road the descent continued from well over 1000m above sea level through some absolutely stunning country. Not sure exactly where we were heading, we tossed around a few options in the car before deciding to head back to our old favourite camp site – Cundle Flat. Before long we were off the dirt and back onto the blacktop of the Pacific Highway, which was enough of an incentive to get back onto the dirt as soon as possible! 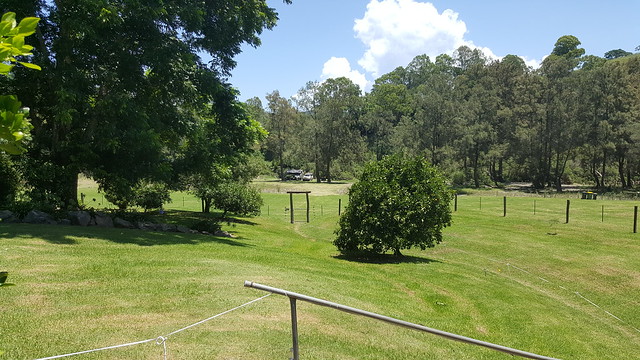 We had the place to ourselves for the 3 nights we were here. Very peaceful! 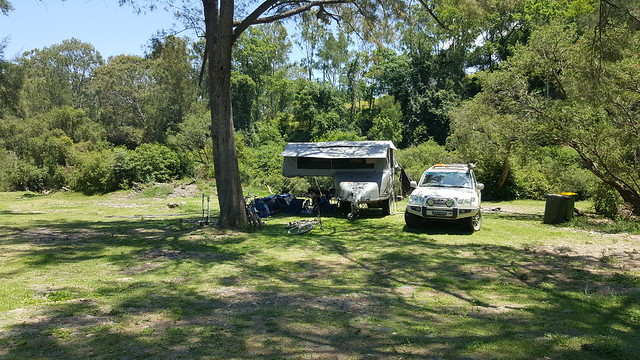 We were thankful for some protection from the sun

A couple of hours later we were back on familiar roads. Crossing the Manning River a couple of times before arriving at Cundle Flat. The next couple of days were hot. Very hot. The first well into the mid 30s, and the second even hotter. The temp inside the camper peaked at about 45, before we took the thermometer outside to measure a temp of 43 in the shade under the camper. Definitely the hottest weather we have ever experienced while camping. 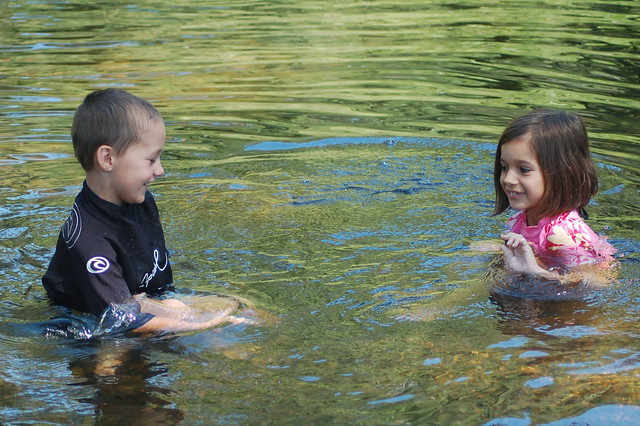 Enjoying the cool of the river

Fotunately Cundle Flat is situated on the Manning River, so we spent a significant amount of time in the river. The kids got snorkels and flippers for Christmas, and so enjoyed swimming in the river which was flowing, but not too quickly. Once they got used to it, they could lie on top of the water and look down and watch the river flowing underneath. It was then eye opening for them to see the abundant life floating and swimming all around them. 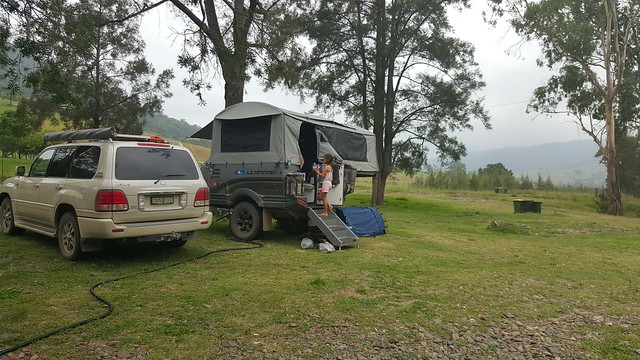 With more hot weather on the horizon, the call was made to head back towards the coast after 3 nights. Whilst we would have enjoyed more time here, Rach and the kids in particular were struggling with the heat and so we’d head towards the coast and a nice sea breeze. 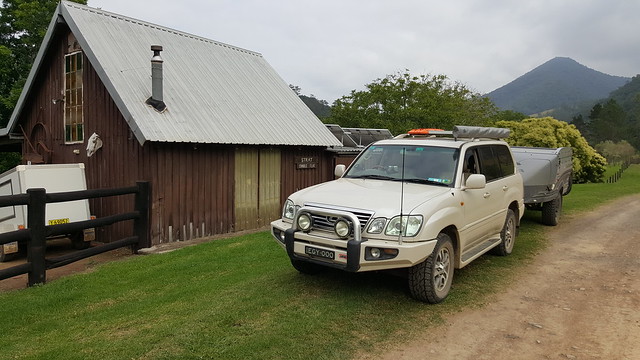 On the road again…

It was great to see Ollie and Kristina from Cundle again, and promise that it won’t be another 4 years until we’re back!