After being off the grid in free camping sites for almost a week, it was time to get some washing done and have a decent shower. We booked into the Echuca Holiday Park for 4 nights to do just that. 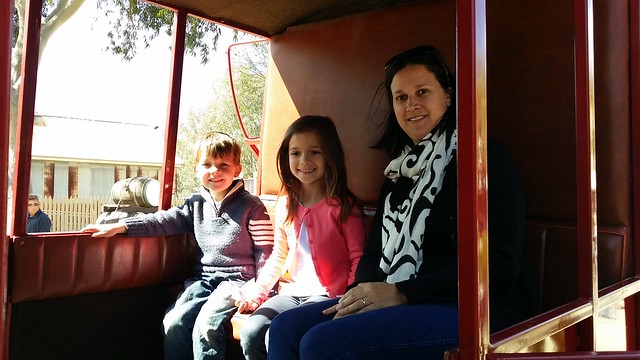 A very cool and fun ride through town in our own horse drawn carriage!

Our first night we splurged and got some take away fish and chips, which would have to be some of the nicest fish and chips we’ve had for a long time. And huge amounts of food too saw us unable to finish everything the we had bought. 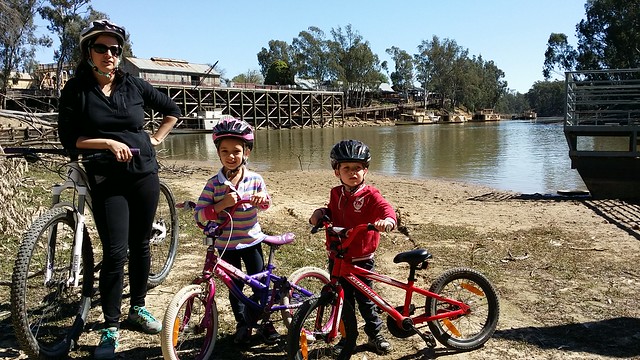 Our ride on the banks of the Murray River with the Port of Echuca in the background.

Echuca has a great history as a working port on the Murray River, so we made the most of our time here enjoying the historical side of the town. The area around the old port and wharf has been re-created really nicely and it is a great tourist spot. We spent a couple of days wandering around and checking out the town. This included a ride in a horse and cart, as well as the obligatory Paddle Steamer cruise along the river. The kids were able to steer the paddle steamer, and received a certificate for their efforts. 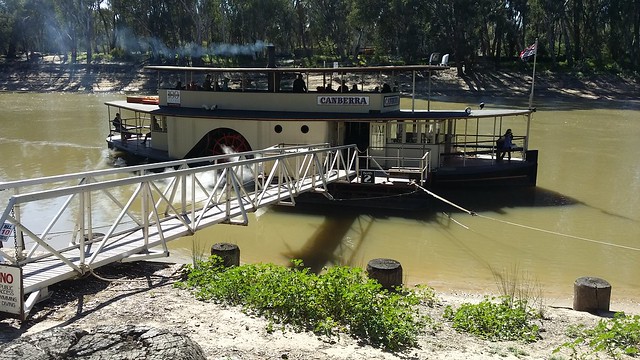 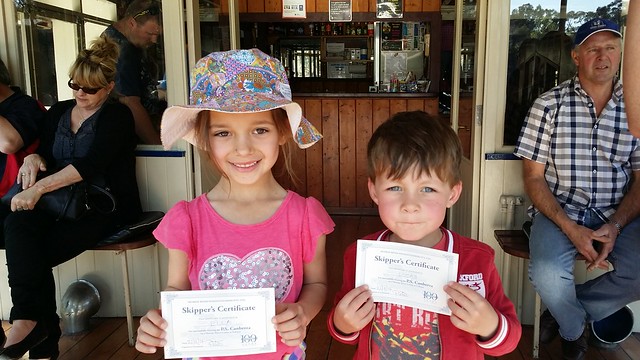 We are now official PS Skippers!

We did a bit of riding along the river and exploring some tracks together which was lots of fun. On Monday we met up with David – who I know through work and his wife Simone at the Mountain Biking track at Moama. The mums, dads and the kids had a great time on the tracks. Ella and Lucas did a stack of riding on the pump track and had a great time. We had a BBQ lunch on the banks of the river, before heading back to the campsite, where they joined us and all of the kids had a swim in the pool. Everyone had a great time together, and we’re looking forward to catching up with them at a campsite somewhere, sometime in the not too distant future.

Lucas also made a friend at the Caravan park. Matthew was a little bit older than Lucas, but they both had the same bike, and had a great time tearing around the park together comparing the “skiddies” that they did in the dirt. Lucas was sad to say goodbye to his friend, and insisted that they take a photo of him so that they remembered him! 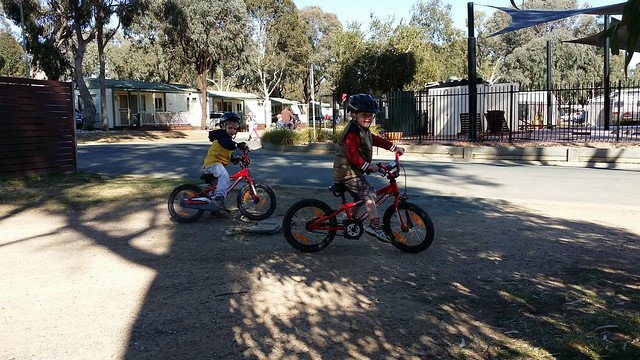 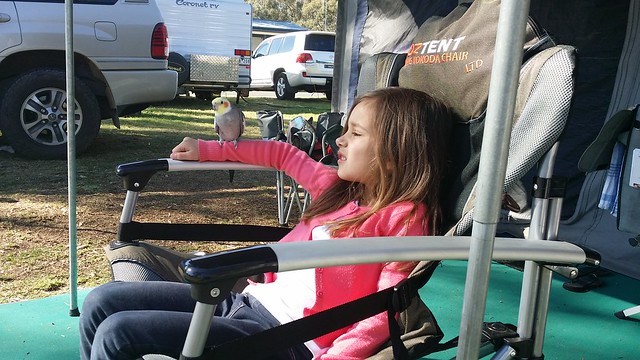 Ella and Kudu hanging out at the campsite.

We really enjoyed our time in Echuca, and will definitely come back at some point in the future. The days were cool to begin with, but very pleasant and warm by the time we had to leave. It was a change to be in a van park, and we still prefer free bush camping, but as far as van parks go, this was a good one. In fact the amenities were absolutely fantastic – almost at a hotel standard. There was even airconditioning running 24/7, which was welcome when you needed to visit at 4am in the morning! We look forward to seeing what else the mighty Murray has to offer!

Our 4 nights here takes our total now to 166 nights.