The school holidays were here, and it was time to get away from the city again. The plan for these holidays was to travel with Trent and Leanne and kids again – as we did last year on our Darling River trip. This time we would head south west into Victoria and Western NSW to see some new places, and also revisit some places that we had visited before when we did the Murray River in 2014. 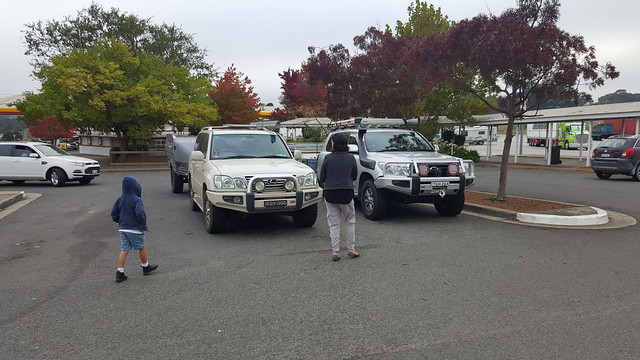 Trusty steeds with campers in tow. Trent finally has seen the light and bought a Toyota instead of the Nissan.

Day 1 was to be a big driving day. The plan was to get out to Hay, on the Murrumbidgee River and find a free camp site on the river, before continuing to the Murray Sunset National Park the following day. This was also the first proper trip for Trent’s new car. After adding so many accessories to his old Patrol, it was so heavy that it wouldn’t pull the skin off a custard, and had to go. Replaced by a nice 200 series Cruiser V8 TD. Power wasn’t going to be a problem any more. 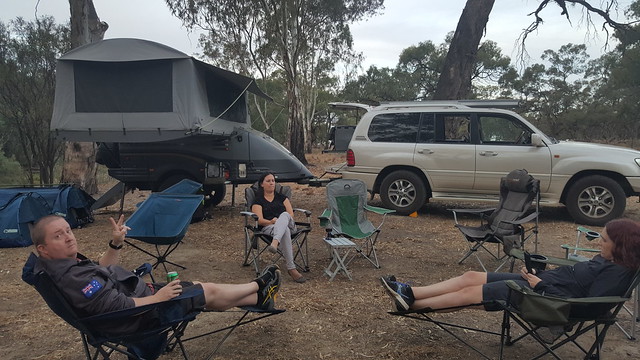 We stopped for lunch in Wagga Wagga and caught up briefly with some friends who had moved there recently before continuing west. We found Nine Mile reserve 14 km west of Hay (who’d have thought…) and quickly found a spot to stop for the night. This was a great little spot on the banks of the river. We weren’t that far from the highway, but surprisingly enough the traffic and noise never really bothered us or got that bad. As it was a quick overnight stop, we left the car attached and ready for a quick get away in the morning. 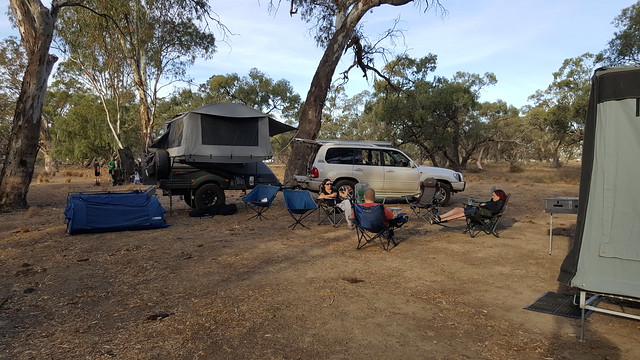 This was a great spot to relax after a day behind the wheel.

A quick feed and a refreshing ale or 3 and we were all in bed pretty early ready to continue our journey west the following day. We’d definitely stop here again in the future when heading west. It is a good drive from Sydney, and a really nice place to stop overnight for one, or even two nights. 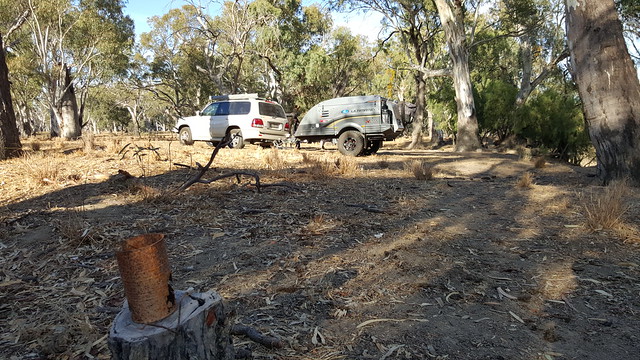 All hooked up, ready to hit the road again.