I hadn’t ridden in a Mountain Bike Race for a while, and missed the 2015 Mont, so thought I’d have a crack at the 2016 version. I was completely underdone in terms of preparation and fitness, but agreed to join a team of 6, thinking that it would be a good start to get back into things. 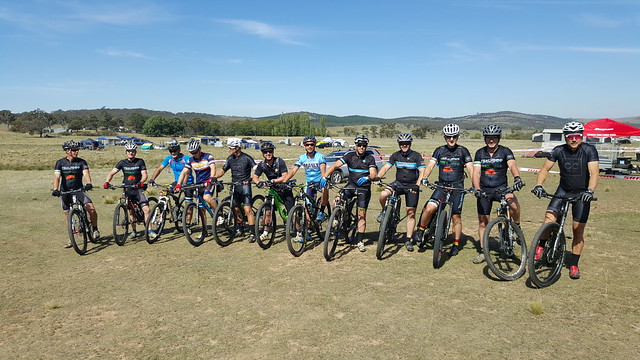 So when the team of 6 turned into a team of 4, you can understand that I was feeling some reservations. A team of 6 in a 24 hour race means that you’ll probably do about 4 laps – which isn’t too bad. A team of 4 is a whole different kettle of fish. Less sleep, double night laps, and 6 laps. Given I was relatively unfit, this wasn’t going to be pretty! Especially when I knew that the rest of the team had been riding several times a week! I’d had a VERY long taper!

Friday morning I drove down to Kowen Forest in convoy with a few other riders to set up camp before the hordes of other campers arrived. I was riding with a team from Cadence & Co, and there were 3 other Cadence teams, as well as a Tralprop racing team all camping together at the same spot. We had a premium camp site reserved, right near race HQ, however the site was so tiny we decided to camp just on the edge of this area – which was just as nice. 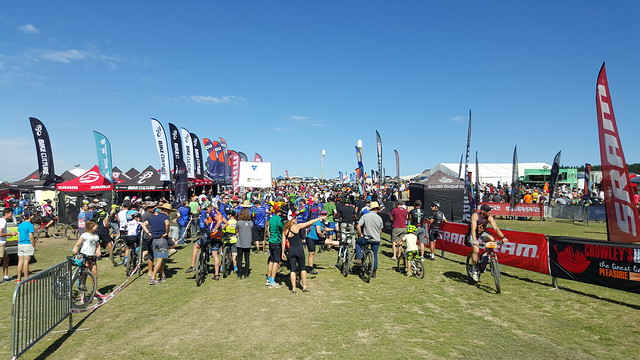 We were shortly set up, and for the rest of the afternoon the others kept on arriving until we had a really thriving hub of activity. Most of the others went for a sighting lap on the Friday afternoon, however I stuck around at the campsite, knowing how unfit I was and how much I was going to struggle over the next couple of days.

The first couple of laps weren’t too bad, and I actually felt quite good and enjoyed the second lap, but it was all downhill from there. We did double laps during the night and that really hurt! My fifth and final lap was at about 6:30am and I was spent. The finish couldn’t come fast enough! 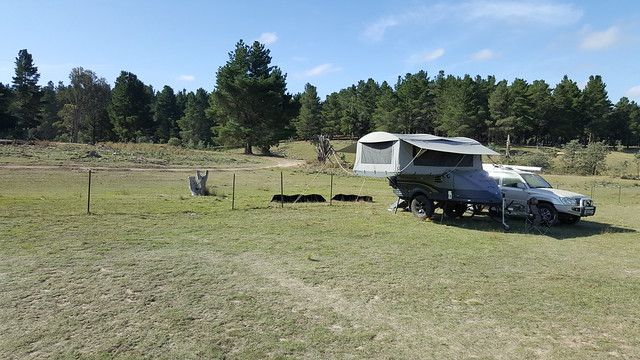 My lonely Sunday afternoon camp site. No need to feel sorry for me!

Sunday afternoon I’d planned to stay, and enjoy a good night’s sleep while everyone else packed up and headed home. There were a few other campers left scattered around, but I had a very peaceful evening.

An easy pack up in the morning had me on the road and back to Sydney for a night in my own bed before heading away again!